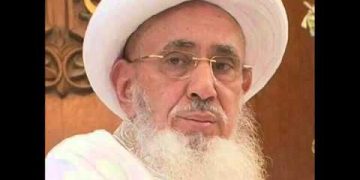 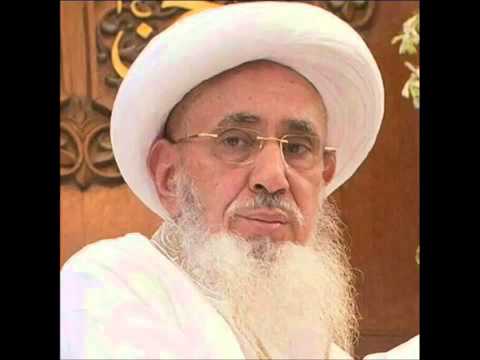 Colombo, September 10 (The New Indian Express): Symbolizing the excellent relations that have historically existed between the Dawoodi Bohra community and Sri Lanka’s leaders, the current spiritual head of the community, Syedna Mufaddal Saifuddin, was very cordially received by the country’s top most leaders, President Maithripala Sirisena and Prime Minister Ranil Wickremesinghe, when he called on them on Thursday.

The President as well as the Prime Minister, spontaneously invited Syedna to hold an Ashara Mubaraka gathering in Colombo again, assuring him the highest level of cooperation. In turn, Syedna urged the Bohras in Sri Lanka to follow Prophet Mohammad’s instruction to be loyal to their adopted country.

President Sirisena referred to the 30 year civil war in Sri Lanka, and observed that though progress and economic development have taken place since it ended in 2009, a general tendency towards materialism, forgetting the truly beautiful things in life, can also be seen. Along with beautification of the country, he expressed a wish that the people would maintain the beauty of character.

Syedna deeply appreciated the President’s words and farsighted vision, and pointed out that these were the teachings of Prophet Mohammed.

When the Prophet returned from a battle, he said that though it had been a tough battle, “we return from the ‘minor battle’ to the ‘major battle'”. When asked what he meant by ‘the major battle’, he replied, “the major battle is the war within us, with our souls; to make us better people,” Syedna said.

The Prime Minister, who met the spiritual leader in parliament, lauded the Dawoodi Bohra community’s centuries’ long contribution to the development and progress of Sri Lanka and his personal fondness and respect for the community. He made specific mention of the fact that, despite the 30 year civil war, the late Syedna Mohammed Burhanuddin  had  convened three gatherings of Ashara Mubaraka in Colombo and expressed a wish that Ashara Mubaraka would be held again here.

The Prime Minister profusely apologized for making Syedna travel to parliament to meet him instead of calling on the spiritual head at his place. The Minister of Tourism Development and Christian Affairs, John Amaratunga, also present at the meeting.

In the evening, Syedna presided over a community gathering at al-Masjid al-Husainy, Colombo. Following the maghrib and isha salaah he delivered a short sermon in which he expressed his gratitude to the President and the Prime Minister for their warm reception.

Syedna said that the Dawoodi Bohra community has always been highly regarded in Sri Lanka. He recited the Quranic verse: “And for Allah is respect, and for His Messenger and for those of faith”.

Quoting the Prophet’s Hadith: ‘Love of one’s nation is intrinsic to faith,” Syedna instructed his followers to always remain loyal to their country of abode, and always strive to be good citizens.

Indeed, the Bohras of Sri Lanka have been living up to Syedna’s expectations right from that day in 1830 when the first Bohras, Careemjee Jafferjee and his entourage, accidentally landed in Galle, the southern most port town of Sri Lanka, following a shipwreck en route to Western India from a trading mission in the Maldives.

Sri Lankan Bohras are a small community of about 3000, even now. But this well knit community has been trading peacefully in the island ever since it arrived. Some of them like the Akbar Brothers and Jafferjee Brothers are at the top in their respective lines. The Bohras have thought it prudent to keep out of partisan politics, a stance which has served them well down the years.

Spread across the world by virtue of their traditional involvement in international trade, the Dawoodi Bohras have a system of keeping in touch with each other, to keep up their culture, religious beliefs, and forms of worship and also to serve their economic interests.