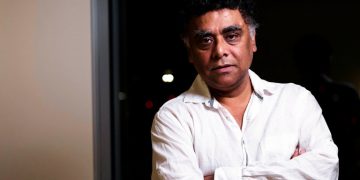 Kolkata, August 26: Taking on a global icon of peace, faith and charity is not a task for everyone, or, really, hardly anyone at all. But that is what Dr. Aroup Chatterjee has spent a good part of his life doing as one of the most vocal critics of Mother Teresa.

Dr. Chatterjee, a 58-year-old physician, acknowledged that it was a mostly solitary pursuit.

“I’m the lone Indian,” he said in an interview recently. “I had to devote so much time to her. I would have paid to do that. Well, I did pay to do that.”

His task is about to become that much tougher, of course, when Mother Teresa is declared a saint in September by Pope Francis.

In truth, Dr. Chatterjee’s critique is as much or more about how the West perceives Mother Teresa as it is about her actual work. As the canonization approaches, Dr. Chatterjee hopes to renew a dialogue about her legacy in Kolkata, formerly Calcutta, where she began her services with the “poorest of the poor” in 1950.

Growing up, Dr. Chatterjee, a native of Kolkata, found himself bothered by the narrative surrounding Mother Teresa, beginning with the city’s depiction as one of the most desperate places on earth, a “black hole.”

Having been raised in the middle-class Kolkata neighborhood of Ballygunge in the 1950s and 1960s, Dr. Chatterjee said the city of his experience was cosmopolitan, even moneyed.

“Every airline that existed in those days, they all came.”

As the capital of the British Indian Empire for nearly 140 years, Kolkata was considered one of India’s crown jewels. When the British moved their headquarters to Delhi in 1911, Dr. Chatterjee acknowledged, the city began a slow decline in international prestige.

Dr. Chatterjee worked as a foot soldier for a leftist political party in the late 1970s and early 1980s, while he was studying at Kolkata Medical College, campaigning and sleeping in nearby slums. During a year as an intern, he also regularly saw patients from one of the city’s oldest and “most dire” red-light districts.

“We used to see very serious abuse of women and children quite often,” he said, noting that the city was still struggling to absorb an influx of refugees after the civil war in what was East Pakistan, now Bangladesh.

“I never even saw any nuns in those slums that I worked in,” he said. “I think it’s an imperialist venture of the Catholic Church against an Eastern population, an Eastern city, which has really driven horses and carriages through our prestige and our honor.

“I just thought that this myth had to be challenged,” he added.

Over hundreds of hours of research, much of it cataloged in a book he published in 2003, Dr. Chatterjee said he found a “cult of suffering” in homes run by Mother Teresa’s organization, the Missionaries of Charity, with children tied to beds and little to comfort dying patients but aspirin.

He and others said that Mother Teresa took her adherence to frugality and simplicity in her work to extremes, allowing practices like the reuse of hypodermic needles and tolerating primitive facilities that required patients to defecate in front of one another.

But it was not until he moved to the United Kingdom in 1985, eventually taking a job in a rural hospital, that he realized the reputation Kolkata had acquired in Western circles.

In 1994, Dr. Chatterjee contacted Bandung Productions, a company owned by the writer and filmmaker Tariq Ali. What started as a 12-minute phone pitch turned into an offer by Channel 4’s commissioning editor to film an exposé of Mother Teresa’s work. The social critic Christopher Hitchens was hired to present what would become “Hell’s Angel,” a highly skeptical documentary.

Over the next year, Dr. Chatterjee traveled the world meeting with volunteers, nuns and writers who were familiar with the Missionaries of Charity. In over a hundred interviews, Dr. Chatterjee heard volunteers describe how workers with limited medical training administered 10- to 20-year-old medicines to patients, and blankets stained with excreta were washed in the same sink used to clean dishes.

In the past, when similar criticisms were made, the Missionaries of Charity typically did not deny the reports but said that the nuns were working on the matter. Today, they say, speech therapists and physiotherapists are regularly consulted to look after patients with physical and mental disabilities. And nuns said they frequently take patients who require surgery and more complicated care to nearby hospitals.

“In Mother’s time, these physiotherapists, they were coming, but at that time, there weren’t as many available,” said Sunita Kumar, a spokeswoman for the Missionaries of Charity.

These days, Mrs. Kumar added, several nuns have undergone training to “spruce up their medical background,” and the general upkeep of facilities has improved.

Dr. Chatterjee agreed that after Moter Teresa’s death  in 1997, homes run by the Missionaries of Charity began taking their hygiene practices more seriously. The reuse of needles, he said, was eliminated.

Over the years, as Dr. Chatterjee tried to make his case, campaigning for changes in the charity’s facilities, he said he began to feel Kolkatans turning against him.

“Like a complete nincompoop, I thought that people would absolutely fall over me with garlands and roses, people in Calcutta, if I came and told them that I’m going to settle the score and I’m going to expose this lady,” he said.

Part of this protection of Mother Teresa, Dr. Chatterjee believes, can be attributed to the Nobel Peace Prize she won in 1979. “Calcuttans have got this fascination with Nobel Prizes, ” he said, adding that the city’s celebrated poet Rabindranath Tagore won Asia’s first Nobel Prize in Literature in 1913. Others, he said, were simply afraid to speak out.

But Dr. Chatterjee said that Mother Teresa’s place in the Western canon was enough for some Indians to lionize her as part of an ingrained colonialist mind-set.

“The West is saying she’s good, so she must be good,” he said

When Indians have challenged aspects of Mother Teresa’s career, he said, it has often been to safeguard what some see as the progressiveness of her work, playing down the miracles and myths surrounding her.

Leading up to the canonization, several Hindu nationalists have spoken out against Mother Teresa to different ends, arguing that her Missionaries of Charity pushed conversion on its patients.

Dr. Chatterjee said he felt safer criticizing the nun with a nationalist party like the Bharatiya Janata Party in power.

As for the reception of his work among Western audiences, Dr. Chatterjee said there was an appetite mostly for the more sensational issues he had raised.

“They don’t care about whether a Third-World city’s dignity or prestige has been hampered by an Albanian nun,” he said. “So, obviously, they may be interested in the lies and the charlatans and the fraud that’s going on, but the whole story, they’re not interested in.”

Asked if Mother Teresa’s becoming a saint would deter him from his campaign, Dr. Chatterjee said he would continue his quest to right the record as long as it took.

“In my mind, the dialogue will never die, because I think the myth goes on and the issue goes on,” he said. “I will not go away. It’s as simple as that.”

In March this year, Pope Francis approved sainthood for  Mother Teresa, a Roman Catholic nun known as the “saint of the gutters” who founded a religious order dedicated to assisting the poorest of the poor.

She will be made a saint on Sept. 4, 13 years after her beatification and 19 years after  she died aged 87.

The Pope cleared the way  for sainthood in December by approving a second miracle attributed to her, which involved the healing of a Brazilian man who had suffered a viral brain infection that left him in a coma.

An ethnic Albanian born Agnes Gonxha Bojaxhiu on Aug. 26, 1910, in Skopje, Macedonia, then part of the Ottoman Empire, she took her religious vows at age 21, two years after arriving in India.

Mother Teresa spent most of her life working with the poor in India, founding the Missionaries of Charity in 1950 to care for “all those people who feel unwanted, unloved, uncared-for throughout society, people that have become a burden to the society and are shunned by everyone,” she said in her acceptance speech for the Nobel Peace Prize in 1979.