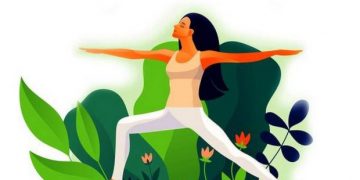 Confessions of a lockdown liar

Confessions of a lockdown liar

On the many feats "achieved" during the lockdown There is a growing sense of panic in me when I hear rumours that our PM may be speaking on TV again.

My fear is that the lockdown may be fully lifted, and I still don’t know where on earth to get a “sourdough starter” or what is Dalgona coffee. I’m afraid I may have given my Facebook pals the impression that I had whipped up these lockdown rages. Neither did I attempt railway cutlets or Mulligatawny soup from the Anglo-Indian recipes group I joined — after commenting “Making these rightaway!”, I took a nap rightaway.

Back in the day, when the “Mask” was only a Jim Carrey film, we never imagined a mask would become compulsory wear. So I told many people that I was all set to make designer masks. But about one million faster-thinking entrepreneurs beat me to it — including a jeweller from Gujarat who is now putting beautiful diamond chains across masks and selling them for lakhs apiece.

Nor has my idea for designer T-shirts with clever lines gone anywhere. “Stay 6ft away or go 6 ft under” is still in my scribbling pad.

I am terrified I will be found out for more false impressions I have inadvertently put out there. Like pretending my tray of balcony-grown micro-greens are thriving and that I put them in salads every day, when actually they died in a heavy downpour — immediately after I proudly posted the first signs of tiny green sprouts on Instagram.

Anything looks better in a tight close-up (except nostrils, which are what I see most of the time in some Zoom birthday parties I have been attending). The close-ups of Irish roasted potatoes got 48 likes in an hour! And with comments like “Wow, you’ve become pro chef now”, I live in dread that someone will find that image on Pinterest.

But I admit I am a real liar for posting the 10 favourite books on my shelf, ever since my literary friends challenged me to it on Facebook. I found out we can easily Google famous book covers, so I immediately put up Of Mice and Men and made such a huge impression around the world (“wow, you love Steinbeck too?”) when I am wondering, “now what exactly did he write about”? Must Google him fast.

I’m guilty I bluffed that I am joining online tutorials on Tarot card reading, prompting emojis of claps galore. My Yoga master thinks I do six surya namaskars a day, when actually the real surya does a namaskar to me, as I sit lazily on my balcony, catching up with WhatsApp gossip.