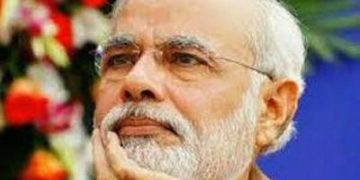 There are clear signs that India prefers BRICS to SAARC.

There are clear signs that India prefers BRICS to SAARC. Mumbai October 9 (Economic and Political Weekly): Just a fortnight before it was due to host a summit that represents its ostensible coming of age on the global stage, India pulled out of an event that for it was the detritus of an unwanted past. The BRICS grouping (Brazil, Russia, India, China and South Africa) is India’s bold effort in league with like-minded countries, to step up to the world stage and bridge the power deficits emerging in the transition from a uni-polar architecture.

That clearly is where India wants to be, the kind of company it wants to keep. The West represents the apex of power aspirations, but Brazil, Russia, China and South Africa—which with India make up the BRICS grouping—are good company to keep, while awaiting a permanent place at the high table.

The last place India wants to be is in a neighborhood group where its aspirations for regional hegemony are constantly challenged by smaller countries, where even the internal concord essential to projecting external strength continually eludes it.

India’s disdain for the South Asian Association for Regional Cooperation (SAARC) and its embrace of new global fraternities of chosen nations is part of an effort to forge a new future by transcending geography.

Pakistan’s status as host was partly the trigger for India’s withdrawal from the SAARC summit scheduled for November. It was a form of messaging that the conclave would be pointless when India was in a state of undeclared war against another member state.

In its 31-year career, SAARC has held 18 summit level meetings, on average, one every 21 months. This does not speak of a spirit of great neighborly cordiality since the SAARC charter commits member states to annual summits. Every past cancellation of a summit has occurred at India’s instance, except for one occasion when Bangladesh chose to play the spoiler.

Even as it steps onto the world stage as an assertive and entitled player, several unfinished tasks remain in India’s neighborhood. Many of these are a legacy of colonial history and have eluded a resolution for close to seven decades of Indian independence.

By virtue of size and location, India should be the political and economic fulcrum of the region, but the divisions with neighbors, born out of contentious recent history, run deep.

If SAARC is widely regarded as the most ineffective of regional economic groupings, the reasons have a great deal to do with India’s visible lack of enthusiasm for it. India made its skepticism clear from the very early days when SAARC was a distant glimmer in the eyes of regional statesmen. Precisely because of its centrality within the political geography of the region, India feared that a regional grouping could become little more than a forum for all neighboring countries to ventilate bilateral grievances. A South Asian grouping was a call to great political responsibility for which India was unprepared.

Former Indian foreign secretary J N Dixit, who spent a large part of his diplomatic career in South Asian posts and was a major player in the regional power architecture, has recalled in a memoir that India only consented to SAARC’s formation because the cost of not doing so was to be seen as “hegemonic and uncooperative.”

SAARC held its first summit meeting in 1985, with the specific understanding, written into its charter at India’s insistence, that it would not deal with any issue of a bilateral character. This, in effect, neutralized much of the potential of the regional grouping because South Asia’s political geography makes every issue, except the most anodyne, bilateral in nature, with India occupying one pole and the other countries by turn, the other.

The very first SAARC summit at Dhaka in December 1985 agreed on setting up study groups on terrorism and drug trafficking. Considering how the United Nations has struggled since long to arrive at a consensus definition on terrorism, SAARC was stepping into territory where agreement was a remote possibility. Expectedly, terrorism has become a stick ever since for the members to beat each other, rather than engage constructively.

Issues of human rights have rarely come up at SAARC meetings, though a recent summit did raise food security to a high priority. Where common perceptions are possible because of shared geographical features, such as South Asia’s mountains and rivers, resource competition has impeded action, even at the risk of irreparable ecological damage.

The difficulties of squaring ecological imperatives with contingent security calculations are evident in the matter of the Siachen Glacier, now over three decades under Indian military possession. An evacuation, it is widely believed, would serve a vital ecological purpose and also spare the armed forces of India and Pakistan undue budgetary stringencies and physical hazards. India has made a security calculation that an evacuation from Siachen would enable a strategic Chinese link-up between the Aksai Chin region—formally ceded to it by Pakistan—and the provinces of Gilgit and Baltistan, which it believes Pakistan has occupied illegally.

That this prickly security perception does not preclude an active engagement with China, both bilaterally and on the BRICS platform, makes it an irony of India’s current world power aspirations.