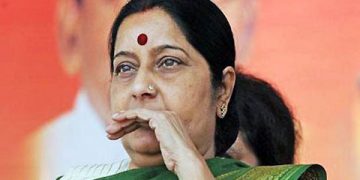 Beijing. August 16 (NIA): The Chinese official English language organ Global Times has chided India for  objecting  to the construction of the China-Pakistan Economic Corridor (CPEC) and said that China will go ahead with the project regardless.

India had objected to the project on the grounds that the road linking Xingkiang in China with Gwadar port in southern Pakistan, will be passing through territory in Kashmir which India claims but Pakistan holds forcibly.

Global Times said that the road is not meant to provoke or harm India but to develop an undeveloped area. If developed with such infrastructure, this part of Kashmir will help India link up with Central Asia to promote trade with that region, it said.

The publication made it clear that China does not take sides on the conflict between India and Pakistan over Kashmir, and wants India to settle it with Pakistan through talks. But India should not stop development of this area and the region as a whole. China, it said, wants to cooperate with both India and Pakistan to develop the entire region.

“It is regrettable to see CPEC become another unharmonious factor in Sino-Indian ties, but China is unlikely to give up on the idea of CPEC because of India’s protest,” Hu said.

“In fact, the economic corridor, linking Northwest China’s Xinjiang Uyghur Autonomous Region to Gwadar Port in southwestern Pakistan, does not target any third party, India included. Given that China has developed close economic ties with both India and Pakistan in recent years, Beijing is unlikely to be interested in taking a side between the two countries.”

“The dispute over Kashmir between India and Pakistan makes the two countries habitually vigilant against any possibility of large-scale foreign investment flowing into the region, but it is the Kashmir conflict itself, rather than any alleged political intent behind the foreign investment, that creates tension in the region.”

“Rather than prevent foreign investors from entering the region as a solution to concerns over CPEC, India should focus on its negations with Pakistan to settle the Kashmir dispute.”

“It is precisely because of the region’s worsening investment environment that POK’s economy is still heavily reliant on agriculture. Also, the northern part of India bordering Pakistan and India-controlled Kashmir both lack basic infrastructure.”

“The CPEC is not a zero-sum game where Pakistan gains and India loses. If economic cooperation between China and Pakistan can improve infrastructure in the region, including in the Kashmir area, India will have an opportunity to expand trade routes to Central Asia.”

“New Delhi may need to adopt an open attitude toward CPEC so the project can speed up development in the region and benefit the local population. Hopefully India can also improve infrastructure in the regions bordering Pakistan to promote regional economic integration. Any way in which India can put aside politics and join in the task of economic development would be welcome.’

“Economic cooperation between India, Pakistan and China would create an open atmosphere for launching talks to solve the Kashmir dispute. In this regard, New Delhi may need to take the long view for its national interests,” Hu said.

Writing in the June 23, 2016 issue of The Diplomat, Shah Meer of the Swedish Institute says that Balochistan continues to suffer from insurgency and political unrest; there are serious concerns about the lack of support for the project from the local people, who have always demanded that they be given rights to their own local resources.

Recently, Sardar Akthar Mengal, a Baloch Nationalist Leader and former chief minister, convened an all-parties conference in Islamabad and discussed Baloch concerns over CPEC. The water crisis in Gwadar was at the top of the list. In his statement, Mengal said that the Baloch people are not against development and progress, but they are not ready to support progress that allows their children to die from a lack of potable water.

Mariyam Suleman, a social activist and author, told me, “We faced the same issue in 2012 and now we are again going through this crisis. With hardly any support from the provincial and federal government, many people migrated to nearby places – Turbat, Uthal, and Karachi – but still I see no serious steps being taken to cope with the issue. We are on our own. I see on local news channels politicians, analysts, and other stakeholders say that CPEC will change the life standards of people. But I wonder how and when. At the moment, more than anything else, we just need the basic necessities of life.”

But given the recent and unfolding isolation of Pakistan, CPEC is the country’s only option. A growing U.S.-India partnership and the emergence of an Indian-Iranian-Afghan nexus leave Pakistan with no choice but to fast track this vital project. It is therefore a priority that the authorities get their act together and address the key issues that would benefit everyone. Pakistan has few choices left, Meer says.