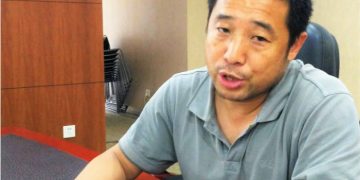 Beijing, August 28: China will have “to get involved” if any Indian “plot” disrupts the $46 billion China-Pakistan Economic Corridor (CPEC) in restive Balochistan, an influential Chinese think tank has warned India.

Prime Minister Narendra Modi’s reference to Balochistan in his Independence Day speech is the “latest concern” for China and among its scholars, Hu Shisheng, the Director of the Institute of South and Southeast Asian and Oceanian Studies at the China Institute of Contemporary International Relations (CICIR), told IANS in a freewheeling interview.

The researcher, at one of China’s most powerful think tanks, which is affiliated with the Ministry of State Security, also said India’s growing military ties with the US and its changed attitude on the disputed South China Sea are ringing alarm bells for China.

“The latest concern for China is Prime Minister Narendra Modi’s speech from the Red Fort in which he referred to the issues like Kashmir (occupied by Pakistan) and Balochistan,” Hu said.

“It could be regarded as a watershed moment in India’s policy towards Pakistan. Why Chinese scholars are concerned is because this is for the first time India has mentioned it,” he added.

Hu said China fears India may use “anti-government” elements in Pakistan’s restive Balochistan where Beijing is building the $46 billion CPEC — a key to the success of its ambitious One Road One Belt project.

“There is concern that India may take the same approach, which is believed by the Indian side Pakistan is taking, asymmetrically using anti-government factors in Pakistan,” Hu said on the expansive and leafy campus of CICIR.

“If this kind of plot causes damage to the CPEC, China will have to get involved,” he said, referring to the alleged involvement of India in backing separatists in Balochistan, Gilgit-Baltistan and Pakistan-occupied Kashmir.

The ongoing CPEC will connect China’s largest province, Xinjiang, with Pakistan’s Gwadar port in Balochistan, hit by rebels and separatists. India has strongly opposed the corridor as it will pass through Gilgit-Baltistan and Pakistan-occupied Kashmir which it claims as its own.

Islamabad has long accused India of fomenting trouble in this region — a charge denied by New Delhi.

However, Modi’s reference to the region, experts say, is a signal to Pakistan that New Delhi could raise tensions in the region as a tit for tat for Pakistan’s backing for terrorists in Jammu and Kashmir.

“This will not help Pakistan to become a normal country. And it will also further disturb India-China relations,” Hu pointed out.

Hu noted the growing defense cooperation between India and the US was also a worrying factor of China.

“In the past, China was not so much concerned about India’s security cooperation with other countries, especially with the US. But now Chinese scholars can feel the concern,” Hu said.

He said the defense cooperation between New Delhi and Washington had increased significantly after Modi took over as Prime Minster.

He also referred to US Defense Secretary Ashton Carter’s visit to India in April during which both the countries agreed in principle to sign the Logistics Exchange Memorandum of Agreement (LEMOA).

“There is renewal of defense and technological cooperation (between India and the US) for another 10 years, enhancing the cooperation under the framework of DTTI (Defence Technology and Trade Initiative),” Hu added.

“This is an alarming signal to China. It is a concern for China,” the expert said.

He also said India will have to resist pressure exerted by the US and Japan to join them in countering China.

“We also know that the US and Japan, as well as Australia, are very keen on getting India in their camp. They are also exerting pressure”.

“They are also luring India by giving high-technology deals and advanced military weapons. It is up to India whether India can resist this kind of temptation,” Hu said.

India’s involvement in the South China Sea dispute was another irritant in the already strained relationship between India and China, Hu added.

“In the past, India’s stand on the South China Sea was impartial. Indian is getting more and more involved. This attitude is another concern for China,” noted Hu.

“Our problem is with the US. We can see India is becoming more vocal in issuing joint statements with the US and Japan on the South China Sea,” he added.

A UN court in July rejected China’s claims over the so-called Nine-Dash line — which covers almost 90 per cent of the contested South China Sea — and backed the Philippines which has overlapping claims in the oil and natural gas-rich waters, which are also partly claimed by Vietnam, Brunei, Taiwan and Malaysia.

Beijing rejected the verdict as “illegal”.