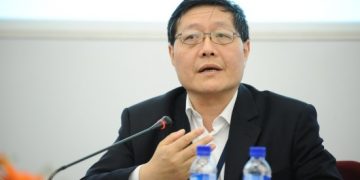 Beijing, February 28: India is hosting a naval exercise with 23 participating nations in March, prompting Chinese observers to warn that Sino-Indian tensions are spreading from the land to the sea and that China should prepare a military response.

“The biennial exercise ‘Milan’ is being organized at the Andaman and Nicobar Islands from March 6 and will last for eight days,” the Press Trust of India (PTI) news agency reported Sunday.

India will host navies from at least 16 countries for an eight-day naval exercise “in the backdrop of China’s growing military posturing in the Indo-Pacific region,” PTI reported.

But according to the event’s official website milan18.org, 23 nations will participate in the event including nations not mentioned by the Indian media: South Africa, the Philippines, Mozambique, Brunei, Papua New Guinea, Seychelles and Timor Leste.

“The India-led 2018 Milan exercise will have a larger scale than ever. India is provoking China, which will not benefit the development of Sino-Indian relations,” Hu Zhiyong, a research fellow at the Institute of International Relations of the Shanghai Academy of Social Sciences, told the Global Times on Monday.

“Now it’s possible that the conflict between China and India will extend beyond land to the sea,” Hu said.

China should “also be prepared for a military response at the same time to any unreasonable provocation,” he said.

The Andaman and Nicobar Islands are located in the eastern Indian Ocean at the juncture of the Bay of Bengal and Andaman Sea where the biennial navy exercise has been hosted nine times since 1995. There were 16 participating nations in 2014, said milan18.org.

According to the Milan website, the exercise provides a platform for interactions and promotes cooperation through humanitarian missions.

However, navy chiefs of participating countries are likely to discuss China’s military maneuvers in the South China Sea during the coming event in March, PTI said.

“The theme of the event has been turning sour,” Prof. Zhao Gancheng, Director of the Center for Asia-Pacific Studies at the Shanghai Institute for International Studies, told the Global Times on Monday.

“It has lost its original intention and is more likely to make China into a target, and that is making trouble out of nothing,” he said.

In January, India launched its intercontinental ballistic missile Agni-V, which can “reach the northernmost parts of China with its strike range of over 5,000 kilometers,” the Times of India reported.

One month later, the nuclear-capable Prithvi-II missile was tested in the eastern state of Odisha.

In June last year, China and India had a 70-day-long military standoff in the Doklam region along their shared border.

China should seek dialogue between top leaders of both countries to resolve sensitive issues, Zhao said.