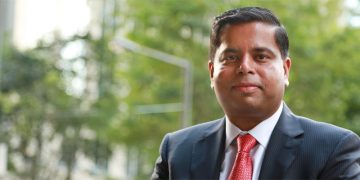 Canada will celebrate the Thai Pongal festival month of January every year as “Tamil Heritage Month”.

Canada will celebrate the Thai Pongal festival month of January every year as “Tamil Heritage Month”. The House of Commons of the Canadian Parliament unanimously adopted a motion in this regard earlier this week, much to the delight of the strong Tamil community there. The motion was moved by Canadian politician of Tamil origin, Gary Anandasangaree, MP for Scarborough-Rouge Park constituency,  and it was discussed in the House in May and September.

In an indication of the special place that the community has among the people, parliamentarians from all major political parties spoke in favour of the motion, extolling the contributions made by Tamil Canadians to the growth of Canada in various aspects.

From just around 150 in 1983, the Tamil diaspora has grown manifold to an estimated 300,000 plus at present, said Salma Zahid MP, Scarborough Centre.

“Theirs is a community that has faced tremendous challenges, and like so many others, have come to Canada as a land of opportunity and new beginnings… It is time. Canadians owe much to the contributions of the Tamil community to our economic and social prosperity. I am proud to stand in support of making next January, and every January, Tamil heritage month. Nandri,” Zahid added.

Jenny Kwan, MP from Vancouver East, British Columbia, said declaring January Tamil heritage month would be a step the government could take to reaffirm the acknowledgement that Canada was strengthened by diversity.

“It would provide Canadians an opportunity to experience the rich background and history of Tamil Canadians,” she added.