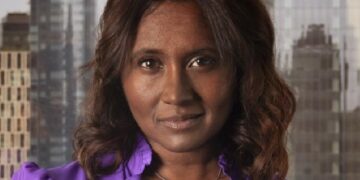 Pruitt, 64, will remain in the role through the end of the year.

“In Daisy Veerasingham we have chosen a proven leader with a deep understanding of how AP operates and a clear vision for the future. She appreciates the crucial role AP plays in providing journalism and services that are indispensable to the news industry,” said Steven R. Swartz, chairman of the AP Board of Directors and president and CEO of Hearst.

“Under Gary Pruitt, AP greatly diversified its revenue sources, substantially strengthened its financial position, and led the fight globally for journalist safety and free expression – all while AP journalism flourished, winning six Pulitzer Prizes including its first gold medal for public service. We thank Gary for a decade of exceptional leadership and know that Daisy is the right person to continue this important work.”

A first-generation British national of Sri Lankan descent, Veerasingham, 51, is the first woman, first person of color and first international citizen to lead The Associated Press.

Veerasingham was appointed executive vice president and chief operating officer in February 2021, taking on responsibility for all AP departments including the company’s news, business, and technology operations.