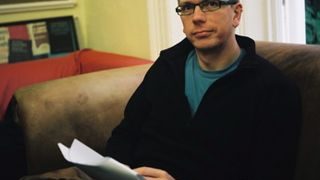 by Editor
in Around The World
Reading Time: 3 mins read
2 0 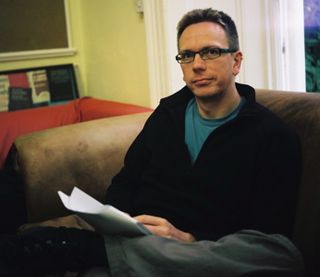 London, November 6 (NIA): Intolerance is not a monopoly of the Jawaharlal University in India, which prevented free speech on grounds of national security, or the government of India which has ordered a TV station to go off the air on national security grounds.

Hertfordshire University in Britain has canceled a talk by a British philosopher because he did not provide a copy of his passport, reports Jack Grover in www.timeshighereducation.com

Dr.Jonathan Webber, Reader in Philosophy at Cardiff University UK, was “shocked” after he was prevented from speaking at Hertfordshire University for failing to provide a copy of his passport.

He was “stunned” after a guest lecture that he was due to give there, was cancelled when he refused  to show the document.

“I have given many talks all over the country and have never been asked for any documentation like this,” Webber told Times Higher Education.

The academic, who is the President of the British Society for Ethical Theory and had held lectureships at the University of Sheffield and the University of Bristol, said that he refused to hand over a copy of his passport on principle.

“They do not have the right to ask for my passport – they are not my employer; so why should I have to hand it over?” he asked.

“They were not paying me for the talk – it was just a normal academic talk that people give all the time at universities,” he added.

Asked what reason Hertfordshire had given for the cancellation of the talk, which was due to take place on 3 November, Webber said that “the only information they sent me was that I had not met their current practices”.

The requirement to send a scan of his passport was only added several weeks after the talk was arranged, he said.

“You are not even required to have a passport in this country,” said Dr Webber, who added that this liberty is “part of what it means to live in a free liberal democracy”.

A Hertfordshire spokeswoman said that the university would continue to “welcome and encourage experts in their field to engage with and impart knowledge to our students”, adding that “this is an important part of their learning experience”.

However, “there are some minimal internal processes that we do ask to be complied with”, she noted.

Since publicizing the cancelled talk on Twitter, Dr Webber’s treatment has been described by users as a “chilling bureaucratic attack on academic freedom and personal freedom” and an “utter disgrace to British universities”.

“University asking for passports for speakers to attend…what’s this about? Did they acquire borders?” said another Twitter user.

“British-based British philosopher required to show British passport to give philosophy talk in Britain,” wrote one economist, who added that Dr Webber’s talk was actually due to be on the “nature of shame and ethics of lying and misleading”.

“It does feel a bit like an attack, or at least, a tightening of academics’ ability to speak freely, with the administrators deciding who is allowed to speak on campus,” Webber said.

About himself, Webber says: “I am a philosopher working on the ways in which our everyday understanding of human psychology informs, and often misinforms, our moral thinking. I am particularly interested in the ethical idea of character in relation to current experimental psychology.

I have published numerous papers in moral theory and a book on Jean-Paul Sartre, among other things. This website provides information about my publications and projects. It contains free links to my papers and some podcasts and videos.”