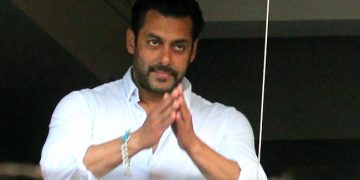 July 25 – A court in India, on Monday, acquitted a popular Indian movie actor of shooting and killing endangered animals in the state of Rajasthan, two decades ago.

The Rajasthan High Court acquitted 50 year old Bollywood superstar Salman Khan in two poaching cases, after he and seven others were accused of killing a gazelle and two protected antelopes in Rajasthan in 1998, while shooting a movie there.

The actor had challenged a verdict by a lower court that convicted him and sentenced him to one and five years in jail for the two cases of poaching.

Khan is one of Bollywood’s biggest superstars with a massive fan base. He has appeared in more than 80 Indian films.

The court, on Monday said that there was no evidence to prove that the animals who were found dead were shot by Khan’s licensed gun.

The driver of the jeep that was used by Khan and his co-stars for their alleged hunt, has been missing, weakening the prosecution’s case against the movie star.

A third case against Khan’s alleged poaching of endangered blackbuck is yet to be decided in Rajasthan.

Last year Khan was acquitted after being charged with running over a homeless man in a driving accident. The government has challenged his acquittal in the Supreme Court.