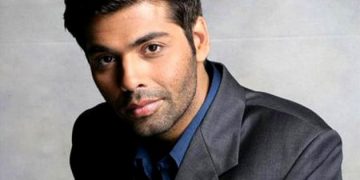 New Delhi, October 23 (The Wire Editorial): It is somehow entirely fitting that the whole saga of Karan Johar’s film Ae Dil Hai Muskhil, has achieved closure via a ‘deal’ between the producer and the Maharashtra Navnirman Sena (MNS) chief Raj Thackeray, brokered by no less than the chief minister of Maharashtra Devendra Fadnavis. This rank abdication by the state to the extortionist demands of the MNS adequately sums up the ludicrousness of the whole affair.

Johar can now release his film after donating Rs 5 crore to an army relief fund and all future filmmakers who have Pakistani actors in their films will have to do the same. This is the decree of Raj Thackeray – who has just one MLA in the Maharashtra assembly – and it was accepted with alacrity by all concerned. Additionally, Thackeray has ordered, the filmmakers will have to show a slide at the beginning that will pay homage to those who were killed in the Uri terror attack. That is the penance Johar will have to do for daring to use a Pakistani actor in his film, even if that decision was taken two years ago when the Indian prime minister was pushing for better relations with the neighbouring country.

Do not also be surprised if the midwife of this deal, Fadnavis is congratulating himself on pulling it off. After all, not only is this a peaceful resolution, which will avoid any confrontation with a party whose activists are known to go on violent sprees, it is also a nationalist solution, for aren’t our soldiers the glory of this nation? Who can grudge their fund getting an additional five crores?

It is a win-win for all – Thackeray gets a boost with the hyper-nationalist crowd which could help him in the crucial civic elections in Mumbai early next year, Fadnavis shows off his ability to smoothly work out a compromise and Johar gets to release his film. Democracy gets tainted and the state comes off looking like a weakling, but those are abstract concepts that have been long disregarded. Filmmakers will now have to perhaps get their scripts vetted and the film passed by these extra-constitutional elements and the government will help draw up a rate for the project to go through. And what about its release in other states? Will Johar and other producers have to negotiate with a thuggery-prone group in each territory where they plan to release a film? A terrible precedent has been set.

In truth, such precedents were already in place. The film industry, never united in the first place, has a record of caving into the least bit of blackmail and the threat of muscle. Earlier negotiations and prices were quietly worked out behind the scenes, now it is all out in the open.

By declaring that Johar will have to pay a hefty sum to the army, Thackeray and Fadnavis may have thought they were taking the higher moral ground. But it is insulting to think that the army will be pleased to take money coughed up because a gun was held to the donor’s head. There is a word for it – extortion.

Thackeray has struck political gold and brought himself back on to the front pages. However odious, he had a plan. But it is Fadnavis and the BJP who have shown themselves to be cynical and weak-kneed. Governments don’t behave in this way; they have the power of the state – often enough displayed in full fury when the target is weak – which they are expected to deploy to ensure that law and order is maintained and the honest citizen is protected. Fadnavis would do well to recall how a resolute Ashok Chavan ensured that My Name is Khan was released despite threats from the Shiv Sena in 2010. Johar did not break any law; he should have received the full support of his government. Instead, he has been somehow turned into the villain in this entire sordid drama. Not just the film industry but businessmen in particular and citizens in general will now wonder whether this is the way things will function in the state of Maharashtra and India.