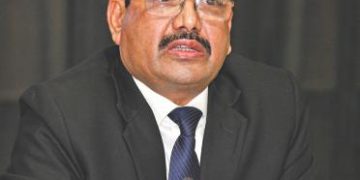 Bangladesh gets kudos for keeping a sharp eye on terror financing

Bangladesh gets kudos for keeping a sharp eye on terror financing Dhaka, September 9 (NIA): The Bangladesh Central Bank spokesperson, Subhankar Saha, has said that the Asia/Pacific Group on Money Laundering (APG), a global body that ranks countries, has declared that Bangladesh has put in place effective instruments to check terror financing.

Saha told Bangla Tribune that the APG came to this conclusion after Bangladesh submitted its report at the APG conference which was held in California from September 6 to 8.

The APG is an autonomous and collaborative international organization founded in 1997 in Thailand. It consists of 41 members and a number of international and regional observers. It assists members to establish national coordination mechanisms to better utilize resources to combat money laundering and terrorist financing.

The APG, which is an associate member of the Paris-based international Financial Action Task Force (FATF), conducted its first evaluation of Bangladesh in 2003 and the second in 2008. In 2012 Bangladesh was included in “Grey List” of “risky countries.”

As per the recommendations of APG, the Bangladesh government made moves to resolve the issue and reformed laws. In 2014, FATF delisted Bangladesh ,announcing that “Bangladesh is no longer subject to FATF’s monitoring process under its on-going global AML/CFT compliance process and the country would work with Asia-Pacific Group (APG) as it continues to address the full range of AML/CFT issues identified in its mutual evaluation report.”

In 2016, Iran and Democratic People’s Republic of Korea are on top of the list. FATF remains particularly and exceptionally concerned about Iran’s failure to address the risk of terrorist financing and the serious threat this poses to the integrity of the international financial system.

The FATF has urged Iran to immediately and meaningfully address its AML/CFT deficiencies, in particular by criminalizing terrorist financing and effectively implementing suspicious transaction reporting requirements.

If Iran fails to take concrete steps to continue to improve its CFT regime, the FATF will consider calling on its members and urging all jurisdictions to strengthen counter-measures.

FATF also remains concerned about Democratic People’s Republic of Korea’s (DPRK or North Korea) –  its failure to address the significant deficiencies in its anti-money laundering and combating the financing of terrorism.