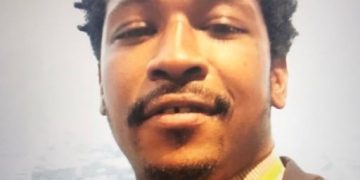 Atlanta, June 13: Less than 24 hours after a white police officer shot and killed an African-American man outside a fast-food restaurant, Mayor Keisha Lance Bottoms of Atlanta announced on Saturday that the city’s police chief had resigned, and called for the “immediate termination” of the officer who shot the man, the New York Times (NYT) reported.

“The authorities said the man, Rayshard Brooks, 27, had run from the police on Friday night after failing a sobriety test and grabbing a Taser from an officer during a struggle with him. Ms. Bottoms said that security footage appeared to show that Mr. Brooks had fired the Taser toward the officer, who was chasing him before he was killed, but that she did not consider that a justification for the shooting,” the NYT said.

Ms. Bottoms’s rapid response to the fatal shooting signaled the heightened scrutiny facing law enforcement as a wave of protest against police violence continues in many cities around the country — a movement that has already prompted a number of changes to local police policies, as well as a broader conversation about the ongoing racism that people of color experience in the justice system and nearly every other facet of American life.

In the past, police shootings have rarely prompted such swift and dramatic responses. It is more common for city leaders to stand with the police and urge patience as prosecutors and the police departments themselves conduct reviews. The moves by Atlanta officials on Saturday may have been taken with an eye to the streets, in the hope of dampening a potentially explosive reaction like those that have engulfed many cities over the last several weeks.

The resignation of Atlanta’s police chief, Erika Shields, who is white, was the latest in a series of shake-ups at several large police departments amid the protests after the May 25 killing of George Floyd by a Minneapolis police officer. In Portland, Ore., Chief Jami Resch, who is white, stepped down this week, saying she wanted a top black lieutenant to replace her. And earlier this month, the mayor of Louisville terminated the city’s police chief after his officers were among those who fired at the owner of a barbecue restaurant, who was black.

In Atlanta, a few nights of looting, destruction and tense stand offs with the police followed Mr. Floyd’s death, including an incident in which two college students were pulled by police officers from their car and tased, an encounter that was captured on video. But more recently, the protests in the southern city, as in much of the country, have been mostly peaceful, if no less spirited.

Mr. Brooks’s shooting left many in the city once again incensed by the death of another black man at the hands of police — and nervous about the potential for more destructive flare-ups.

Protesters gathered Saturday at both Centennial Olympic Park, in the heart of downtown, and at the site of the shooting, a Wendy’s restaurant south of downtown. As of early evening, those gatherings were peaceful. But the feeling of exasperation was palpable.

Antonio Brown, an African-American city councilman, has spent days organizing and leading peaceful protests through the city. “It’s like, all the work we’ve done — and then this happens,” Mr. Brown said.

The encounter at the Wendy’s began around 10:30 p.m. on Friday when police officers were called to the restaurant because Mr. Brooks had fallen asleep in his vehicle, which was parked in the drive-through, causing other customers to drive around him, the Georgia Bureau of Investigation said in a statement.

Mr. Brooks failed a sobriety test, the authorities said, and then struggled with officers as he was being arrested. A video posted on social media showed him grappling with the two officers who were trying to arrest him. One officer appeared to try to stun him with a Taser after Mr. Brooks threw a punch at him.

As Mr. Brooks ran away, appearing to hold the Taser, one officer chased after him, holding another stun gun. Then, in one video, several gunshots were heard.

Protests in the aftermath of George Floyd’s killing by a Minnesota police officer have led to reckonings over enduring forms of racial discrimination in almost every sphere of American life.

President Trump rejected an idea under consideration by the Pentagon to rename military bases named after Confederate generals. This came in a week when statues of historical figures, including Confederate commanders, slave traders and Christopher Columbus, have been toppled in the U.S. and around the world.

At the end of a week of high-profile executive departures, Audrey Gelman, co-founder of the Wing, an upscale women-only club and co-working space, resigned amid a furor over treatment of black and brown employees.

The country trio Lady Antebellum has changed its name. The band, now known as Lady A, wrote in a letter to fans that its eyes had been “opened wide” to the injustices black people face.

The bureau initially said in a statement that witnesses described Mr. Brooks being shot “in the struggle over the Taser.” But on Saturday afternoon, after obtaining surveillance video from the restaurant and reviewing videos on social media, the bureau revised that account, saying it “was based on the officer’s body cam which was knocked off during the physical struggle, preventing the capture of the entire shooting incident.”

“During the chase, Mr. Brooks turned and pointed the Taser at the officer,” the bureau said, adding that “the officer fired his weapon, striking Brooks.”

Mr. Brooks was taken to a hospital, where he died after surgery, the authorities said. One officer was treated at a hospital for an injury and was later released.

The killing was particularly painful for a city sometimes called America’s Black Mecca for its cultural and economic importance to the lives of African-Americans, and its stature as one of the great spiritual and organizing centers of the civil rights movement.

Atlanta remains a majority-black city with significant African-American political representation and a large number of black police officers. That has created a complex interplay between protesters and city authorities as recent protests have unfolded.

Mayor Bottoms, who is African-American, earned widespread praise for her response to the unrest early on, speaking passionately about her role as a black mother and her fears for her black son. Her eloquence elevated her national stature, and put her on a list of potential vice-presidential picks for former Vice President Joseph R. Biden Jr., the presumptive Democratic presidential nominee.

Erika Shields, who resigned as chief of the Atlanta Police Department on Saturday, at her office in 2019.Credit…Audra Melton for The New York Times

Ms. Shields had also earned praise for her response to the street protests after Mr. Floyd’s death. Early on, she went out into the streets to speak — and listen — to demonstrators.

But the city’s response has also been marked by controversy and embarrassment, including an incident in which a young black man and black woman were tased and violently dragged from their cars by Atlanta police officers as protests raged downtown. The episode, on May 30, was captured by television reporters and transmitted live as it unfolded.

Two of the officers involved in that incident were fired, and four others were placed on administrative leave. Soon after, the local district attorney, Paul Howard, brought criminal charges against all six officers — a move that Chief Shields criticized in a departmental email that referred to Mr. Howard’s re-election bid, according to The Associated Press.

Ms. Shields, who was sworn in as chief in 2017, will be replaced by Rodney Bryant, a black man who has served as a top police deputy and recently took over as the interim head of the city’s jails, Ms. Bottoms said, adding that the city will launch a national search for a permanent replacement.

Ms. Bottoms said that Ms. Shields had decided to resign but would continue to work for the city in a role that was not yet determined. In a statement, Ms. Shields said she was stepping aside “out of a deep and abiding love for this city and this department,” so that they could “build trust between law enforcement and the communities they serve.”

On Saturday, the Georgia Bureau of Investigation released footage from a Wendy’s security camera that showed the last moments of the encounter between the police officers and Mr. Brooks. In the video, Mr. Brooks runs into the frame between two parked police S.U.V.s and a line of cars waiting in the drive-through lane. He appears to have something in his right hand, and he is followed by an officer who also has something in his hand.

While being chased, and in full stride, Mr. Brooks points the object he is holding at the officer. The officer then fires his handgun, and Mr. Brooks falls to the pavement.

Shortly before Ms. Bottoms’s announcement that Ms. Shields would step down, the N.A.A.C.P. called for the chief’s resignation. Rev. James Woodall, the president of its state chapter, said of Mr. Brooks, “there was nothing that he did that was deserving of death.”

“Our overall message is that we are done dying,” the reverend said. “We are done waking up at one or two in the morning to another murder or yet another case of police brutality.”

(The picture at the top shows Rayshard Brooks)