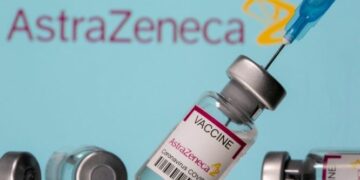 Colombo, May 28 (Daily Mirror) – AstraZeneca clarifies that currently only COVAX, UNICEF and Serum Institute of India are its designated partners to make the vaccine available in Sri Lanka.

AstraZeneca has informed Sri Lanka’s State Pharmaceutical Corporation not to purchase the AstraZeneca vaccines from any private trader or company as these vaccines are likely to be counterfeit and should be refused and reported to the relevant authorities.

The Daily Mirror learns that in a desperate bid to secure 600,000 doses of AstraZeneca vaccines to roll out the second jabs as time runs out, Sri Lankan authorities had made inquiries from several private companies who claimed they had stocks of the AstraZeneca vaccines and were willing to sell it to Sri Lanka at a higher rate.

A senior minister told Daily Mirror earlier this week that a trade inquiry had also been made in the black market as the government wanted to fulfill its responsibility of administering the second doses to all those who had received the first jabs.

The government has expressed its willingness to purchase the 600,000 injections at any price.

The Daily Mirror learns that authorities were in discussions with over 15 private global companies who said they had stocks and were willing to part with 600,000 doses for a higher price. However, the government had reached out to the AstraZeneca parent company seeking validation over the authenticity of these doses and said they would purchase it only if confirmed by the manufacturers and parent company.

In response to this query by the State Pharmaceutical Corporation, AstraZeneca Singapore (Pvt) Ltd., in a letter sent to SPC Chairman Dr. Prasanna Gunasena said that AstraZeneca had learnt that numerous private traders and companies had been approaching the government in Sri Lanka to sell the COVID-19 vaccine from AstraZeneca.

The Associate Director, Government Affairs, Asia Area of AstraZeneca, Jasper Meyns said that AstraZeneca’s current focus was delivering on its substantial global commitments to governments and international health organisations as quickly as possible to help end the pandemic.

“As such, there is currently no private sector supply, sale or distribution of the vaccine.

If a trader, or company other than AstraZeneca offers private vaccines, it is likely to be counterfeit, so should be refused and reported to the relevant authorities,” the letter said.

“AstraZeneca would like to clarify that currently only COVAX, UNICEF and Serum Institute of India are our designated partners to make the vaccine available in Sri Lanka,” the letter added. (Jamila Husain)