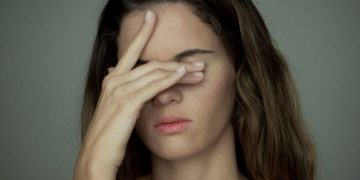 An ‘insult’ may be direct or covert and even ingenious

An ‘insult’ may be direct or covert and even ingenious

But whatever the form, an insult is an attack the dignity of a person and cause the victim immense pain of mind Insults! The word makes me cringe, for the simple reason that insults attack the dignity of a person and causes the victim to lose face.   Starting with the snub: a snub is basically a refusal by a person to recognize another. It happens everywhere. A famous diplomatic snub was when Prince Charles refused to shake hands with Idi Amin. Then, there was the time when Turkey’s Ambassador to Israel was deliberately made to sit lower than the Israeli Deputy Foreign Minister during a meeting.

Some snubs seem rather petty. In 2006, President Venetiaan of Suriname refused to meet a visiting Dutch Minister because a (woman) Minister from Suriname had been body searched at Schipol airport near Amsterdam.

Turning to slurs, a slur is when one talks disparagingly or insultingly of another. The most common are racial slurs. Among racial slurs are‘ Paki’ for a person of Pakistani origin ‘Gringo’ for a non-Hispanic U.S. national or ‘Nigger’ for a black man.   Getting on to heavier insults, there is verbal abuse. Verbal abuse (aka reviling) is a negative defining statement told to the victim or about the victim, or by withholding any response thereby defining the target as being non-existent. In schools a young person may indulge in verbal abuse (bullying) to gain status as a superior to the person targeted and to bond with others against the target.

Among couples, the verbal abuser responds to the partners “separateness” i.e., independent thoughts, views, desires, feelings, expressions, as an irritant or even as an attack. Some believe that the abuser has low self-esteem and so attempts to place his or her victim in a similar position. A man may, for example, disparage the woman partner simply because of envy.

The other type of insult is profanity  (or swearing). Swearing is a subset of a language’s lexicon that is generally considered to be strongly impolite or offensive, such as those rhyming with the word  ‘itch’, or used as a suffix to the revered title  ‘mother’, I’d rather die than use as those words insult the dog and secondly desecrate what is holy – a mother. The use of such language amply demonstrates debasement of someone.

Then there are the ‘ingenious’ insults from an era in the English language before they boiled down to a few four-letter words. Examples: “He has no enemies, but is intensely disliked by his friends.” – Oscar Wilde. “Why do you sit there looking like an envelope without any address on it?” – Mark Twain. “He has all the virtues I dislike and none of the vices I admire.”  – Winston Churchill.

Ingenious or otherwise, I consider insults downright degrading, offensive and impolite and say they should not be used as they attack the dignity of a person and cause the victim immense pain of mind.