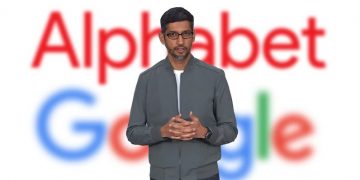 by Editor
in Around The World, Tech, World
Reading Time: 5 mins read
30 1 Oct 20 (TechCrunch) – In a wide-ranging interview at the WSJ Tech Live conference that touched on topics like the future of remote work, AI innovation, employee activism and even misinformation on YouTube, Alphabet CEO Sundar Pichai also shared his thoughts on the state of tech innovation in the U.S. and the need for new regulations. Specifically, Pichai argued for the creation of a federal privacy standard in the U.S., similar to the GDPR in Europe. He also suggested it was important for the U.S. to stay ahead in areas like AI, quantum computing and cybersecurity, particularly as China’s tech ecosystem further separates itself from Western markets.

In recent months, China has been undergoing a tech crackdown, which has included a number of new regulations designed to combat tech monopolies, limit customer data collection and create new rules around data security, among other things. Although many major U.S. tech companies, Google included, don’t provide their core services in China, some who did are now exiting — like Microsoft, which just this month announced its plan to pull LinkedIn from the Chinese market.

Pichai said this sort of decoupling of Western tech from China may become more common.

He also said it would be important to stay ahead in areas where the U.S. and China compete, like AI, quantum computing and cybersecurity, noting that Google’s investments in these areas comes at a time when governments were slightly pulling back on “basic R&D funding.”

“The government has limited resources and it needs to focus,” noted Pichai, “but all of us are benefiting from foundational investments from 20 to 30 years ago — which is what a lot of the modern tech innovation is based on, and we take it for granted a bit,” he said. “So when I look at the semiconductor supply chain [and] quantum … the government can play a key role, both in terms of policies and allowing us to bring in the best talent from anywhere in the world, or participating with universities and creating some of the longer-term research areas,” Pichai added. These are areas that private companies may not focus on from day one, but play out of 10 to 20 years, he said.

In the wake of increased cyberattacks across borders, Pichai said that the time had come for a sort of “Geneva Convention equivalent” for the cyber world, adding that governments should put security and regulation higher on their agendas.

He more directly argued in favor of new federal privacy regulations in the U.S. — something Google has pushed for many times in the past — suggesting that something like the GDPR in Europe is warranted.

“I think the GDPR has been a great foundation,” said Pichai. “I would really like to see a federal privacy standard in the U.S. and worried about a patchwork of regulations in states. That adds a lot of complexity,” he continued, noting that “larger companies can cope with more regulations and entrench themselves, whereas for a smaller company to start,  it can be a real tax.”

That’s a point that’s been consistently brought up when Facebook’s CEO Mark Zuckerberg calls for regulation, too. A more regulated U.S. tech industry could work in favor of larger companies like Facebook and Google that have the resources to address the regulatory hurdles. But a single federal standard could also give Big Tech only one law to battle against, instead of many scattered across the U.S. states.

Pichai additionally tied consumer privacy to security, even noting that “one of the biggest risks to privacy is the data getting compromised” — an interesting statement coming only days after Amazon, a top Google rival, saw its game streaming site Twitch hacked.

As for where to draw the line in regulating tech, Pichai said the law shouldn’t encroach on the open internet.

“I think the internet works well because it’s interoperable, it’s open, it works across borders, promotes trade across borders … and so, as we evolve and regulate the internet, I think it’s important to preserve those attributes,” he noted.

The exec also responded to many other questions about ongoing issues Alphabet and Google are facing, like the pandemic impacts to corporate culture, employee activism, misinformation on YouTube and more.

On the latter, Pichai expressed a commitment to freedom of experience but noted at the end of the day, the company was trying to balance content creators, users and advertisers. He said many brand advertisers would not want their ads to appear next to some types of content. Essentially, he suggested that the nature of YouTube’s ads-based economy could help to solve the misinformation problem.

“You can look at it from a free-market basis and say, [advertisers] don’t want their ads next to content because they think it’s brand-negative. So, in some ways, the incentives of the ecosystem actually help get to the right decision over time.”

He sidestepped the interviewer’s question as to whether YouTube was basically acting as a publisher as it made its content decisions, however.

Pichai also talked about Alphabet’s corporate culture in the pandemic era and going back to the office, saying that a three-two model (meaning three days of in-person versus two days remote) can offer better balance. The in-person days allow for collaboration and community, while the remote days help employees better manage the issues that traditionally came with in-person work, like longer commutes. However, in another part of the interview, he spoke of missing his own commute, now that he does it less, saying it was time where he had the space for “deeper thinking.”

As for employee activism — which is seeing more activity as of late as tech companies grapple with large and diverse staffs who often share contradictory opinions on the decisions made at the executive level — Pichai says this is the “new normal” for business. But it’s also nothing new for Google, he pointed out. (Years ago, Google employees were protesting the company’s work on a censored search engine for the Chinese market, for instance.)

“If anything, we’ve been used to it for a while,” said Pichai, noting that the best the company could do is to try to explain its decisions.

“I view it as a strength of the company, at a high level, having employees be so engaged they deeply care about what the company does,” he said.