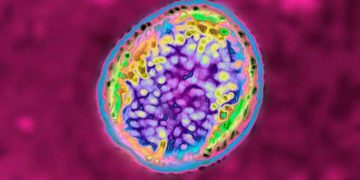 Alert in China after bacterial outbreak after leak at biopharmaceutical company

Alert in China after bacterial outbreak after leak at biopharmaceutical company © Getty. The illness can have lasting effects.

September 18 (Newshub) – More than 3000 people have contracted a bacterial disease after a leak at a biopharmaceutical company in the Chinese city of Lanzhou last year.

Between July and August last year, the Zhongmu Lanzhou biological pharmaceutical company was developing vaccines for animals for the bacteria Brucella, which can cause the infectious disease Brucellosis when humans come into contact with it.

However, the company used expired disinfectants and sanitisers meaning not all of the bacteria was eradicated from waste gas. This gas – which had bacteria caught up in it – then drifted downwind to a local veterinary research institute.

Now, more than a year later, the local health commission has confirmed that 21,847 people were tested for the illness and 3245 have since been confirmed positive.

The symptoms of Brucellosis can be similar to the flu – such as a fever, backpain, headaches and a cough – but chronic Brucellosis can have lasting effects. Possible complications include infection of the heart’s inner lining, arthritis, and potentially fertility issues.

“Infected mothers who are breast-feeding may transmit the infection to their infants. Sexual transmission has been rarely reported. While uncommon, transmission may also occur via tissue transplantation or blood transfusions.”

The biopharmaceutical company has since had its vaccine production license revoked and has apologised.

“At the same time, in accordance with relevant regulations, the eight responsible persons were dealt with seriously. Lanzhou Biopharmaceutical Factory said it will learn lessons deeply and actively cooperate with provinces and cities in the aftermath disposal and compensation work”.