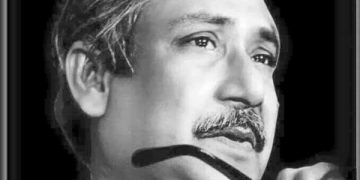 A Muslim leader’s bid to build a secular State: The saga of Sheikh Mujibur Rahman

A Muslim leader’s bid to build a secular State: The saga of Sheikh Mujibur Rahman

Bangladesh will be celebrating the 100 th, birth anniversary of its founder Sheikh Mujibur Rahman on March 17, 2020. Bangladesh is a Muslim-majority country where the State religion is Islam. But “secularism” is embedded in the preamble of its constitution, thanks to incumbent Prime Minister Sheikh Hasina Wazed. However, Hasina had only revived a constitutional principle enunciated by her father, Bangabandhu Sheikh Mujibur Rahman, who founded Bangladesh after a long and hard struggle in 1971.

In the constitution established in 1972, the Bangladeshi State was explicitly described as “secular”, though after the assassination of Mujib in 1975, two military dictators Islamized it. The first, Gen.Ziaur Rahman, began an Islamization  program in 1977 in recognition of the fact that 90% of the population was Muslim and deeply imbued with Islam at that. Zia replaced the term “Bangalee” used by Mujib to describe Bangladeshi citizens, by the term “Bangladeshi”. In other words, Zia replaced Mujib’s “Bangalee nationalism” by “Bangladeshi nationalism.”

In 1988, the second military ruler, Gen.H.M.Ershad, made Islam the State religion of Bangladesh. But when democracy was restored and Sheikh Hasina, Mujib’s daughter, became Prime Minister, she restored secularism in the directive or fundamental principles of State policy, while retaining Islam as the State religion, again in recognition of the deeply Islamic  character of the hoi polloi.

On secularism, the constitution now says that the principle of secularism shall be realized by the elimination of:  (a) communalism in all its forms; (b) granting by the State of political status in favor of any religion; (c) abuse of religion for political purposes; (d)  discrimination against, or persecution of, persons practicing a particular religion.

In his article entitled “Secularism, Bangabandhu, Bangladesh” in The Daily Star dated August 15, 2015, Anisur Rahman quotes Professor Abdur Razzak as saying that among the leaders of the freedom struggle in the Indian subcontinent, Sheikh Mujib had a unique though unrecognized  place. Mujib was the first to develop  “linguistic nationalism” as opposed to Gandhi’s “territorial” (Indian) nationalism and Jinnah’s “religious” (Islamic) nationalism.   Mujib’s Bangalee nationalism transcended religious communities and emphasized bonds of language and culture rather than religion.  Mujib’s nationalism was thus secular.

“Sheikh Mujib had united the people to establish a state where cultural identity (language and traditions mostly) of the people will rule over their religious identity. Consequently, ‘common’ interests ruled out ‘communal’ interests. The word ‘Bangalee’ which had been used by Bangabandhu frequently, was adopted in the constitution to offer a ‘non-religious’ understanding of nationalism. In other words ‘Bangalee’ had been coined by him to mean anti-communalism,” Anisur Rahman says.

However, for Mujib, secularism did not mean irreligion or the banishment of religion. His secularism was inclusive of all religious practices to ensure the unity of religious communities. This  was also Mahatma Gandhi’s notion of secularism. Gandhi was protective of all religions even as he was a practicing Hindu and used Hindu ideas and symbolism to propagate his political ideas.

Though Mujib did not accept Islam as the State religion, he did not ban religion from the State. In this way he was different from Kemal Ataturk of Turkey. In fact, Mujib protected religious sensitivity in the public domain.

Following his return from a Pakistani jail on January 10, 1972, after an independent Bangladesh had emerged from struggle and war, Mujib said: “I want to make it clear in explicit language that Bangladesh will be an ideal state. No special religion will form its basis. The very basis of the state will be democracy, socialism and secularism. Famers, laborers, and Hindus and Muslims of this country will live in happiness and peace.”

He clarified to the conservative majority in his country that secularism did not mean absence of religion. “You are a Muslim; you perform your religious rites. The Hindus, Christians, Buddhists all will freely perform their religious rites. There is no irreligiousness on the soil of Bangladesh but there is secularism. This sentence has a meaning and the meaning is that none would be allowed to exploit the people in the name of religion. No communal politics will be allowed in the country.”

However, within two or three years of the birth of the new country, critics were successful in propagating the notion that secularism is irreligion and anti-Islamic. This prompted an anguished Mujib to say: “A slanderous rumor is being circulated against us that we are not believers in Islam. In response to this, our position is very clear. We are not believers in any label of Islam. I believe in the Islam of justice. Our Islam is the Islam of the holy and merciful Prophet.”

King Faisal of Saudi Arabia and the Libyan President Muammar Gaddafi asked Mujib to change the name of Bangladesh from the “People’ Republic of Bangladesh” to the “Islamic Republic of Bangladesh” when they met him at the Nonaligned Summit in Algiers in 1973. But Mujib told Gaddafi: “The people of Bangladesh, Muslims, Hindus, Buddhists and Christians, fought together to realize their rights, for their independence. So, your proposal cannot be accepted.”

However, there was a shift in Mujib’s commitment to secularism shortly after that due to internal unrest. He re-established the Islamic Foundation in 1974. Bangladesh joined the Organization of Islamic Conference (OIC) in 1974. Mujib was also eager to establish diplomatic relations with the Islamic countries which opposed the independence of Bangladesh in 1971. Bangladesh became one of the founding members of the Islamic Development Bank (IDB) established in 1974. Finally, Mujib began using Islamic idioms in his speeches.

If Secular, Why Campaign For Pakistan?

One will naturally want to know why a “secular” or Bangalee nationalist Mujib spend his early political life as an ardent campaigner for an Islamic State of Pakistan or a homeland for the Muslims of the Indian subcontinent? Mujib joined Mohammad Ali Jinnah’s Muslim League because he sincerely believed that the Muslims of Bengal and India will not get justice and equality in an independent India governed by a Hindu-majority.

However, even while campaigning for an Islamic State of Pakistan, Mujib would vigorously assert his Bangalee identity and rights. In Muslim League rallies in Delhi and North India, he would shout slogans in Bangla.  To convince followers of the popular but anti-Pakistan Bangalee leader Fazlul Huq to join the Pakistan movement, Mujib would say that there woudl be two independent and sovereign “Pakistans” – one comprising the Eastern Indian provinces of Bengal and Assam called “East Pakistan”, and another comprising the Western Indian provinces of Punjab, Sindh, Balochistan and the Frontier province called “West Pakistan”.

In fact, Mujib protested against the use of the term “East Pakistan”. He wanted the term “East Bengal” to be retained to keep the Bangalee identity of the province.

In their paper “Philosophy of Bangabandhu Sheikh Mujibur Rahman”( https://www.elkjournals.com/M)  two academics, H. M. Mostafizur Rahman and Supad Kumar Ghose, say that when Mujib went to China to attend a Peace Conference as a member of an official Pakistani delegation in 1952, he spoke in Bangla (the Bangalee language) though he could speak English fluently. After Bangladesh joined the United Nations, Mujib addressed the world body in Bangla, the first ever time a delegate spoke in that language.

According Mostafizur Rahman and Ghose, Mujib had secretly planned to carve out a “Bangladesh” even in the 1950s and 60s. By the time the Bangla language movement began in 1952, Mujib was convinced that Pakistan, though a “good idea” in the beginning, was not serving the interests of the Bangalees, despite the fact that they were the majority in Pakistan. In the 1950s he formed the  “Swadeen Bangla Biplobi Parishad (Independent Bengal Revolutionary Council).

According to writers S.A.Karim and Afsan Chowdury, Mujib crossed over to Agartala in India in 1962 to contact Indian Prime Minister Nehru to get India’s help for his independence movement. But Nehru advised him to build up a domestic movement first before making a bid for independence.