If you’ve conquered China, then India — the world’s second-largest country based on population — is the obvious next port of call, and that’s exactly what has happened in the world of consumer apps.

Following the lead of Chinese smartphone makers like Xiaomi  and Oppo, which have dominated mobile sales in India for some time, the content behind the touchscreen glass in India is increasingly now from China, too. That’s according to a report from FactorDaily, which found that 44 of the top 100 Android apps in India were developed by Chinese companies, up from just 18 one year prior. (The focus is on Android  because it is the overwhelming choice of operating system among India’s estimated 500 million internet users.)

Citing data from Sensor Tower,  the report found that five of the top 10 Android apps in India are from China, up from just two at the end of 2017. 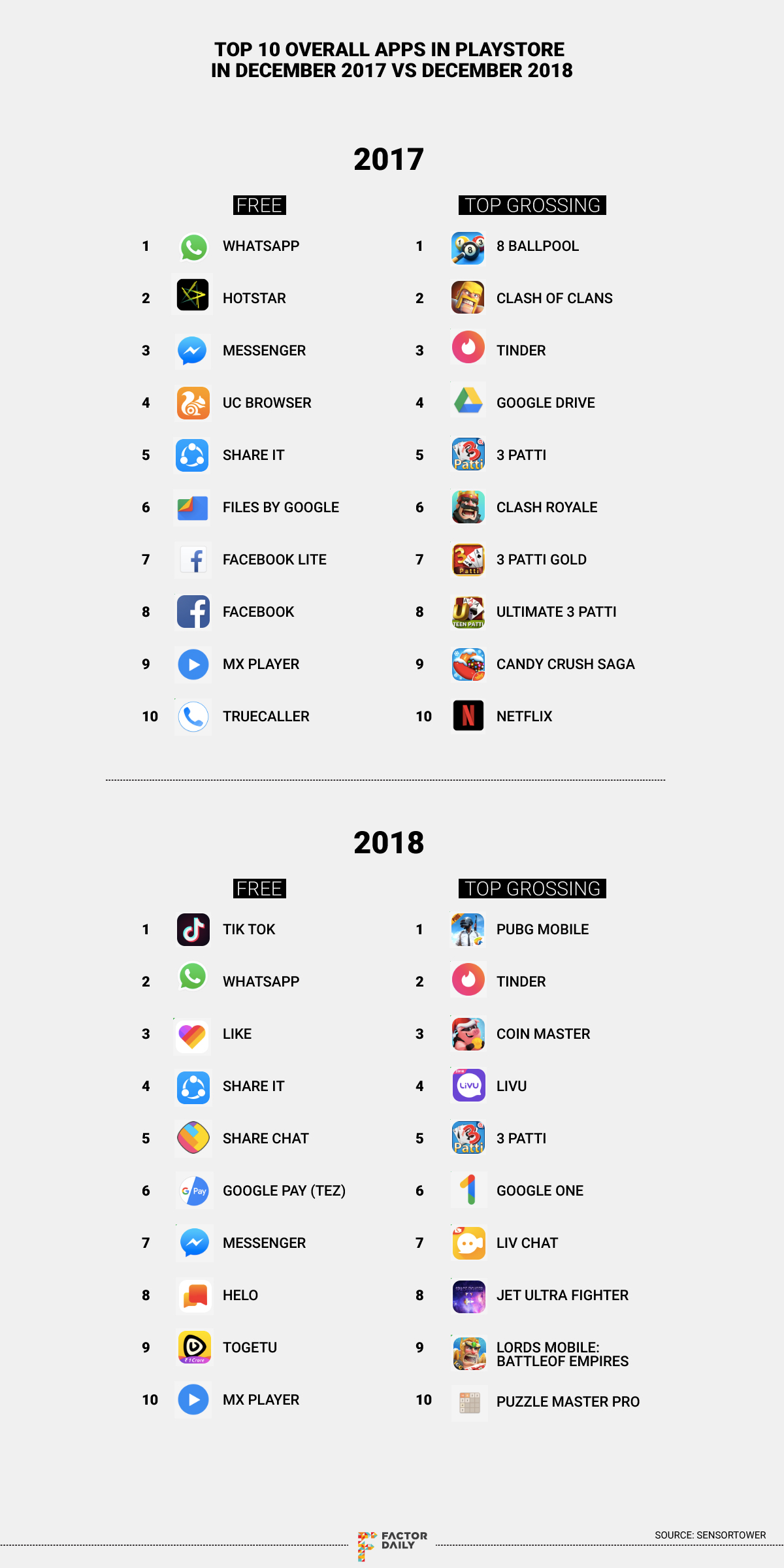 For anyone who has been watching the Indian technology scene in recent years, this “Chinese app store invasion” will be of little surprise, although the speed of change has been unexpected.

China’s two biggest companies, Alibaba and Tencent, have poured significant amounts into promising Indian startups in recent years, setting the stage for others to follow suit and move into India in search of growth.

Alibaba bought into Snapdeal and Paytm via multi-hundred-million-dollar investments in 2015, and the pace has only quickened since then. In 2017, Tencent invested in Gaana (music streaming) and Swiggy (food delivery) in major deals, having backed Byju’s (education) and Ola (ride-hailing) the year prior. The pair also launched local cloud computing services inside India last year.

Beyond those two, Xiaomi has gone beyond selling phones to back local companies and develop local services for its customers. 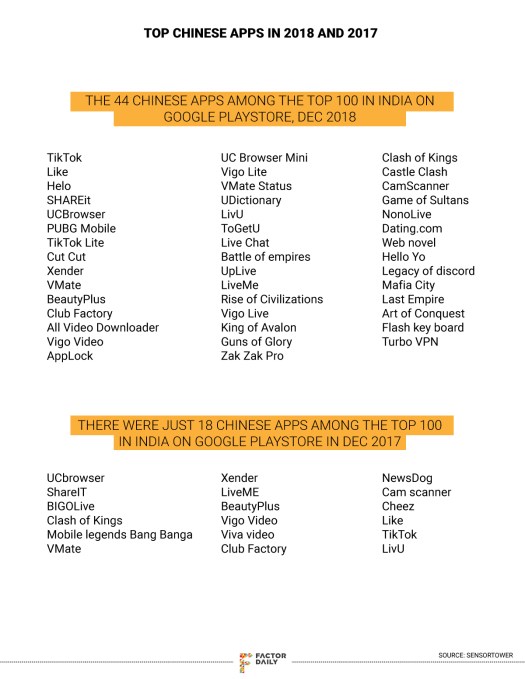 That local approach appears to have been the key for those app makers which have found success in India. Rather than taking a very rigid approach like Chinese messaging app WeChat  — owned by Tencent, which failed in India — the likes of ByteDance have developed local teams and, in some cases, entirely local apps dedicated to India. With the next hundreds of millions of internet users in India tipped to come from more rural parts of the country, vernacular languages, local content and voice-enabled tech are some of the key strategies that, like their phone-making cousins, Chinese app developers will need to focus on to ensure that they aren’t just a flash in the pan in India.