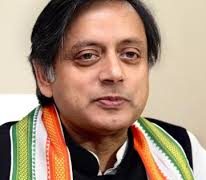 70 to 2: What the Rio Olympics medal tally says about China-India comparisons

70 to 2: What the Rio Olympics medal tally says about China-India comparisons 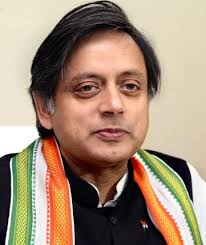 It happens every time.

Each day, Indian sports fans following the news of the Olympics from Rio de Janeiro feel their hearts sink. The first week went by without a single Indian medal, while the United States racked up 25 by Friday and China was running a close second. This week, China’s total tally stands at 69 at press time while things have marginally improved for India, having won one bronze in women’s freestyle wrestling and a silver in women’s badminton. The two medals have come as a huge relief for Indians, even triggering celebration, as their favoured athletes somehow failed to get past the qualifying rounds of their events.

The Olympics underscore every four years why the fatuous twinning of India with China that was once in vogue (with an Indian minister even coining the term “Chindia”) was always, to put it mildly, premature.

One has only to look at the medals tally at the last Olympics, in London. China proudly ranked second only to the US, with 38 gold medals and a total of 88. You have to strain your eyes past such twinkling little stars of the global family as Jamaica, Belarus, war-torn Georgia and collapsing Tunisia before stumbling across India in 55th place, with precisely six medals of only the silver and bronze variety.

This is not, in fact, a surprise. Whereas China has set about systematically striving for Olympic success since it re-entered global competition after years of isolation, India has remained complacent about its lack of sporting prowess.

Where China’s state-owned enterprises remain the most powerful motors of the country’s development, in India it is the private sector, ducking around governmental obstacles and bypassing the stifling patronage of the state, that has transformed the fortunes of the Indian people.

So it had proved at the 2008 Beijing Olympics: the wrestlers, boxers, runners, tennis players and weightlifters who made up the bulk of the Indian contingent, accompanied by the inevitable retinue of officials, returned with just two bronzes among them, while India’s only gold – in shooting – was won by a young entrepreneur with a rifle range in his own backyard and no help from the state whatsoever.

What’s happened at the Olympics speaks to a basic difference in the two countries’ systems. It’s the creative chaos of all-singing, all-dancing Bollywood versus the perfectly choreographed precision of Beijing’s opening ceremony.

The Chinese, as befits a Communist autocracy, approached the task of dominating the Olympics with top-down military discipline. Soon after readmission to the Olympic movement after long years of international isolation, the Chinese government planned the nation’s future triumphs.

The objective was determined, a programme (“Project 119”, named for the number of gold medals available in events that China has not traditionally excelled in) drawn up, the considerable resources of the state attached to it, state-of-the-art technology acquired and world-class foreign coaches imported.

India, by contrast, approached these Olympics as it had every other, with its usual combination of amiable amateurism, bureaucratic ineptitude, half-hearted experimentation and shambolic organisation.

China drew up Project 119 after participating in, and studying carefully, the Sydney Games of 2000. There were 119 medals to be won in the medal-laden sports of track and field, swimming, rowing, sailing and canoeing. The fact that some of the medal-rich events were unfamiliar to most Chinese was deemed irrelevant. No one in China had even heard of kayaking, but the Chinese decided that they would win a gold medal in it, and within eight years, in Beijing, they did.

India, alas, has been unable even to win at the sports it was traditionally good at, like field hockey. India didn’t even petition successfully to have the Games include the few sports it does play well, such as polo, kabbadi (a form of tag-team wrestling) or cricket, which was played in the Olympics of 1900 and has been omitted ever since. The latter is one which India could easily have succeeded in including, since it dominates the International Cricket Council, which would have to recommend it to the International Olympic Association.

Forget “Chindia” – the two countries barely belong in the same sporting sentence. What has happened at the Olympics speaks to a basic difference in the two countries’ systems. In China, national priorities are established by the government and then funded by the state; in India, priorities emerge from seemingly endless discussions and arguments amongst myriad interests, and funds have to be found where they might. China’s budget for preparing its athletes for these Games alone exceeded India’s expenditure on all Olympic training in the last 60 years.

Come up with a challenge that requires high levels of organisation, strict discipline, sophisticated equipment, systematic training and elastic budgets, and Indians quail.

This remains as true inside the Olympic stadium as outside it. But where individual excellence is all, Indians thrive. The country has produced world-class computer scientists, mathematicians, biotech researchers, filmmakers and novelists, but the only Indian sportsmen who have worn the title of world champion (apart from the cricket team) in recent years have been a billiards player and a chess grandmaster.

Every four years India goes through a wrenching national debate in which breasts are beaten about our lack of Olympic success. Still, things never seem to change. India has sent a satellite to the moon and put an orbiter around Mars, but we can’t win an Olympic high jump. Yet the public has rallied behind its athletes as game triers who have conquered impossible odds – a shambolic system, scarce resources, indifferent officialdom – to compete with the world’s best. We may not be able to boast of many medals at these Olympics either – but just by being good enough to reach Rio, our athletes have won many Indians’ hearts.

Shashi Tharoor a member of the Indian parliament is a former UN Under-Secretary-General and former Indian minister.