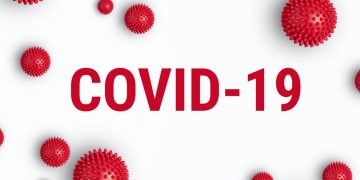 Examples include China's ban on the wildlife trade, deepening of social capital and global inter-dependence Singapore, April 4 (TheStraitsTimes) – The Covid-19 pandemic is like a big black cloud that has descended on earth, bringing with it death and destruction. However, without minimising the seriousness of the situation we are in, I see some silver linings in the dark cloud.

It is hard to believe that Covid-19 began as an animal virus. Scientists believe that it was probably a bat virus. It succeeded in infecting a human. There are different theories about its origin, but the disease was first reported in the city of Wuhan, in Hubei province, China. The Chinese, as well as some other Asians, have the bad habit of eating the meat of wild animals. I recall that the virus that caused the severe acute respiratory syndrome, or Sars, in 2003, was believed by scientists to have jumped from a civet cat to a human in the Chinese city of Guangzhou.

As a result of Covid-19, the Chinese government has decided to ban the trade of wild animals for consumption, and the eating of the meat of wild animals. This is the first silver lining I see. I hope that other Asian governments, especially those of Vietnam and Indonesia, will emulate the example of China.

The second silver lining I see is the elevation of the importance of international organisations, such as the World Health Organisation (WHO) and the International Monetary Fund (IMF).

There is a misguided attempt by some countries in the West to degrade such multilateral institutions. The WHO is one such victim. Its budget has been progressively cut during the past decade. This has reduced its capacity to intervene in an emergency, such as the Ebola outbreak in West Africa in 2014.

The current pandemic is a good reminder of the indispensable role played by the WHO in maintaining international public health. In the absence of US leadership, Dr Tedros Adhanom Ghebreyesus, WHO’s director-general, is leading the battle against the pandemic.

The economic impact of the pandemic is global and devastating, as countries close their borders and quarantine entire cities to avoid infections, leading to closures of businesses. Many workers have lost their jobs. Whole industries, in some sectors such as aviation and tourism, have been shut down as leisure travel drops to near zero. As a result, many countries are in financial difficulties.

The IMF’s director-general, Ms Kristalina Georgieva, has warned that we are faced with a global recession that is worse than the 2008-2009 global financial crisis. She also said that more than 80 countries have applied to the IMF for help.

I think the pandemic has given the world a wake-up call. The message is that we truly live in one inter-connected world.

What happens in one country, such as China, will inevitably affect other countries. In this situation, international cooperation is an imperative. There is therefore no alternative to multilateralism and to multilateral institutions, such as the WHO and IMF.

The third silver lining is a reminder to us of the importance of public health and of the need by every country to develop a comprehensive, affordable and effective healthcare system.

Hong Kong, Taiwan, Singapore and South Korea have high standards of public health. They also have good healthcare systems. This is one of the reasons for their effective response to the pandemic.

The fourth silver lining is the lesson that we need political leaders who are rational and who listen to expert advice. The countries that have done better than others in this pandemic are led by leaders who make their decisions based on facts, science and reason.

An example of an irrational decision is the now-abandoned policy of Britain’s government to allow for the community spread of the virus so that the British people would develop “herd immunity” against it. According to experts at Imperial College London, such a policy could result in 250,000 deaths. The British government then changed its mind and tried to contain the spread of the virus – but it may be too little, too late.

Some countries have done badly in the pandemic because they are led by irrational leaders who do not listen to expert advice and who are primarily interested in their own popularity and political survival.

We also need leaders who are honest and who will not cover up bad news. Honesty and transparency engender trust. Without trust, the people will not comply with the advice and instructions of their governments.

The fifth silver lining is the importance of social capital. Social capital means people having a shared sense of identity and solidarity. It means having shared values such as trust, cooperation and reciprocity. I see many examples of social capital at work in Singapore and other countries affected by the pandemic.

I see neighbours looking out for one another. I see Singaporeans doing acts of kindness for strangers, such as looking for Malaysian workers who are stranded in Singapore, without accommodation, and taking them to hostels. I see students volunteering to deliver food to people under quarantine. I see Singaporeans complying willingly with the social distancing rule. I see that most Singaporeans have not taken to panic buying at supermarkets. For me, these are all examples of our social capital. It is just as important for a country to develop its social capital as its economic capital, cultural capital and natural capital.

The sixth silver lining is a reminder for each country to examine its food security. No country should depend on a single source for its rice, wheat, meat, fish, egg and vegetables. There is a Global Food Security Index developed by the Economist Intelligence Unit and Corteva Agriscience. The index analyses 113 countries for: (a) how affordable food is; (b) whether people have physical access to food; and (c) how safe and nutritious the available food is.

I am pleasantly surprised that, for the second consecutive year, Singapore is ranked first in the index.

The seventh and final silver lining is the fact that, because of international trade and globalisation, we have become deeply inter-dependent economically.

Manufacturers locate their plants and procure components from different locations, to benefit from the law of comparative economic advantage. In an emergency, such as the present, borders are shut and supply chains are disrupted. I fear that the prophets of economic nationalism and protectionism will take advantage of the current situation to attack free trade and globalisation.

I am not sure whether the post-Covid-19 world will be more insular or open, and more free or more protectionist. We must, however, not lose faith in our beliefs.

To borrow an analogy from Star Wars, we must fight against the Dark Side. The world will have a bleak future if it retreats from free trade and globalisation.

Every dark cloud has a silver lining. In the dark cloud of Covid-19, I see seven silver linings. We must work hard and intelligently to save lives and our economies. We must stay strong. We must keep faith with our ideals and beliefs. We must help the vulnerable in our countries. We must also help the less developed countries, especially those in Africa.

The truth is that no one is safe unless the whole world is safe.