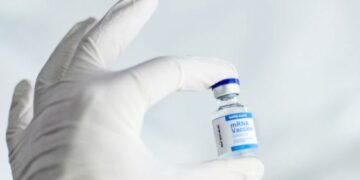 Colombo, June 17 (Daily Mirror) – Sri Lanka will receive 264, 000 doses of the much needed AstraZeneca vaccines by early next month through the WHO’S Covax facility, the Daily Mirror learns.

The WHO has already confirmed the delivery of the doses to the Health Ministry here in an official letter and the date of delivery has been mentioned as early July.

The Daily Mirror learns that these doses have been donated by certain affluent nations which had over-purchased the AstraZeneca doses, to the Covax facility after the WHO had made an appeal. The Health Ministry is now preparing to utilize these doses for those who had received the first jab but it has to be seen if a ‘fair method’ would be applied in the inoculation procedure, after allegations that the AstraZeneca second doses were only administered to front line workers and those who had connections, so far.

The Daily Mirror learns that the State Pharmaceutical Corporation has ordered 1 million doses of the Pfizer vaccines and this maybe utilized on the remaining who are to receive the AstraZeneca vaccines as their second dose after the WHO recently said there were some results recommending this combination.

The Daily Mirror gained access to a latest WHO document which stated that heterologous (mix-and-match) studies ongoing with regards to the interchangeability of vaccines where the Pfizer vaccine was given as the second dose following a first dose of Oxford AstraZeneca vaccine, showed a slightly increased but acceptable reactogenicity with superior or similar immunogenicity results, thus supporting the use of such a heterologous priming schedule in settings where the second dose for the Oxford AstraZeneca vaccine is not available due to vaccine supply constraints or other concerns.

The WHO document further said that recommendations will be updated as further information becomes available on interchangeability between vaccine products and platforms.

However, it stressed that WHO also continued with its recommendation of the same product which should be used for both doses. If different COVID-19 vaccine products are inadvertently administered in the two doses, no additional doses of either vaccine are recommended at this time, the WHO document said. (Jamila Husain)