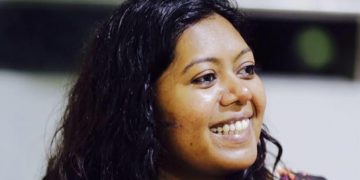 Male, January 1 (Al Jazeera): A prominent human rights activist in the Maldives says she has received several death threats for saying that religions other than Islam should also be allowed to be practiced in the Maldives.

Shahindha Ismail, executive director of Maldives Democracy Network (MDN), told Al Jazeera that anonymous accounts on Twitter and Facebook have been calling for her death, after a newspaper article and religious scholars accused her of advocating secularism in the Sunni Muslim state.

“I do not feel safe in the Maldives and I fear for my life,” she said on Sunday.

The furor over Ismail’s post began on December 20, when she responded to a speech by President Abdulla Yameen, in which he had vowed to crack down on what he said were domestic and international efforts to propagate faiths other than Islam in the Maldives.

“Religions other than Islam exist in this world because Allah allowed for it. No other religion would exist otherwise, is it not?” Ismail said on Twitter.

Several comments on Facebook reviewed by Al Jazeera also called for attacks on Ismail and said she should “be thrown out of the country”.

Islam is the official religion in the Indian Ocean archipelago of 410,000 people.

On December 28, amid the furore, the Ministry of Islamic Affairs issued a statement  urging Maldivians to refrain from “nonsensical talk that advocates for any faith other than Islam in the Maldives”.

Hours later, the police announced that it had launched an investigation against Ismail.

A police spokesman said Ismail was being investigated under the Religious Unity Act, which criminalizes actions that may lead to religious strife in the Maldives.

It carries a prison sentence of up to five years.

“Police have announced an investigation against me while ignoring the open threats against me on social media,” said Ismail.

“Human rights defenders have always been labelled as anti-Islamic or as Western agents to wipe out Islam,” she added.

“Too many of us have been attacked, disappeared and murdered for any of us to be safe any more.”

A liberal blogger was stabbed to death earlier this year in the Maldives’ capital, Male, after he lodged a police complaint over death threats against him, also for alleged secular and anti-Islamic views.

Ismail has previously criticized law enforcement agencies for inaction over attacks against liberal and moderate voices, which also include the disappearance of a journalist in 2014 and the killing of a parliamentarian in 2012. Both of these cases remain unsolved.

Police Superintendent Ahmed Shifan said he was uncertain if Ismail had filed any complaints.

“We assure you, however, if we can identify a potential threat, then we will launch an investigation,” he told Al Jazeera.

Rights groups have previously criticized the country’s government for using new laws and criminal cases to silence, among others, human rights defenders and civil society groups.

A vocal critic of Yameen’s human rights record, Ismail said threats against her “escalated” after the pro-government tabloid Vaguthu Online published a news article headlined, “Shahindha has indirectly called for other faiths in the Maldives.”

The article prompted an outcry from some religious scholars. The Jamiyyath Salaf called for action against those who mocked Islam. The MDN  said that it was “appalled” when it learnt that the police were investigating the writer while not investigating those who threatened to behead her.

Ismail said she believed the outcry over her tweet was “part of the same trend of extensive profiling and incitement” that preceded previous physical attacks on the blogger, journalist and parliamentarian.

Forum Asia, an Asian rights-group based in Thailand, said it was “seriously concerned” by the threats and the police inquiry against Ismail.

The police have “failed to respond appropriately” to calls for violence against critics and dissidents in the past, said Refendi Djamin, a board member of the organisation.

“The Maldives government must protect human rights defenders instead of targeting them,” he told Al Jazeera.