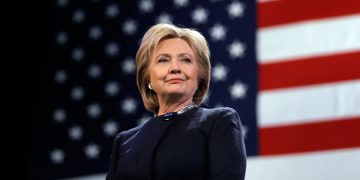 Colombo, Nov 5 (NIA) – Atleast 1008 coconuts were smashed in a Tamil temple in Sri Lanka’s former war torn north on Friday, as hundreds gathered to pray for the victory of US Presidential candidate Hillary Clinton at the Nov 8 US presidential poll.

Northern Provincial Councillor, M.K. Sivajilingam told NIA that the minority Tamils in the islandnation expected Clinton to win the crucial vote, as this would benefit the Tamil cause.

“Clinton was the Secretary of State when US bought in a resolution at the UN against Sri Lanka being involved in war crimes. Clinton has also voiced her concern over the issue and her victory will benefit us,” the Tamil politician said.

In addition to the coconuts being smashed at the Nallur Temple, over a 100 candles were also lit at a Cathedral, by pro Hillary supporters.

Sivajilingam further said that the Tamils in the north, would send a letter to Clinton, if she won the US presidential election next week, urging her to look into the concerns of the Tamils in Sri Lanka and call for a probe over human rights abuse allegedly committed during and after Sri Lanka’s 30 year civil conflict against Tamil Tiger rebels.

Government forces militarily defeated the rebels in May 2009, ending decades of conflict.

Sivajilingam said that thousands of minority Tamils were killed and missing during the final stages and after the conflict and families now needed to know their whereabouts.