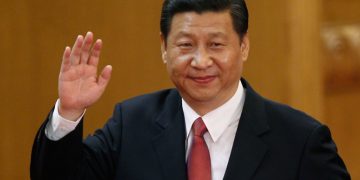 Beijing, Oct 18 – China has entered a “new era” where it should “take centre stage in the world”, President Xi Jinping says.

The country’s rapid progress under “socialism with Chinese characteristics” shows there is “a new choice for other countries”, he told the Communist Party congress.

The closed-door summit determines who rules China and the country’s direction for the next term.

Mr Xi has been consolidating power and is expected to remain as party chief.

The congress, which takes place once every five years, will finish on Tuesday. More than 2,000 delegates are attending the event, which is taking place under tight security.

Shortly after the congress ends, the party is expected to unveil the new members of China’s top decision-making body, the Politburo Standing Committee, who will steer the country.

Listing China’s recent achievements in his three-hour speech, Mr Xi said that “socialism with Chinese characteristics in this new era” meant China had now “become a great power in the world”, and had played “an important role in the history of humankind”.

The Chinese model of growth under Communist rule was “flourishing”, he said, and had given “a new choice” to other developing countries.

“It is time for us to take centre stage in the world and to make a greater contribution to humankind,” he added.

Since Mr Xi took power in 2012, China’s modernisation and reform has accelerated. But the country has also become more authoritarian, with increasing censorship and arrests of lawyers and activists. (BBC)