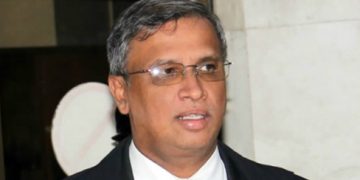 Why release of Tamil “political prisoners” is tardy in Sri Lanka

Why release of Tamil “political prisoners” is tardy in Sri Lanka

Tamil National Alliance MP and lawyer M.A.Sumanthiran says there has been noteworthy progress, but a lack of political will and conflicting legal advice have hampered release.

Colombo, August 7 (NIA): Upon coming to power in January 2015, Sri Lankan President Maithripala Sirisena had promised that his government would release, by November 7, all incarcerated members of the Liberation Tigers of Tamil Eelam (LTTE) against some of whom charges had not been filed. But as on date, 90 are still in prison, media reports say.

The Tamil detainees, who consider themselves “political prisoners” and not “terrorist suspects”  had gone on fast more than once to secure release. And every time they would withdraw it on the basis of a promise of action in their favor but only to be disappointed.

To nudge the government to move in the matter, the National Organization for the Release of Political Prisoners, is planning to hold a demonstration in front of the Colombo and Jaffna prisons on Monday.

The reason for tardiness in the matter of releasing these prisoners appears to be political and legal confusion besides the failure on the part of the government to implement its promise to the UN Human Rights Council to replace the draconian Prevention of Terrorism Act (PTA) by a more internationally acceptable legislation. In a meeting  with the prisoners, Law Minister Wijeyadasa Rajapakshe had said that the new law would enable the release of many PTA detainees. But the law is yet to come.

Senior Counsel and Tamil National Alliance MP, M.A.Sumanthiran told the Tamil-language paper Thinakkural on Sunday that progress has been made in the matter of releasing the prisoners in as much as the number of detainees who could be released had come down from 217 to 90 since the Sirisena government came into existence in January 2015. But a lack of clarity on legal issues has reduced the pace of release he said.

At first, the Tamil prisoners wanted a “general amnesty” like the one granted to the jailed members of the Sinhalese Marxist  Janatha Vimukthi Permuna (JVP) after the collapse of the insurgencies of 1971 and 1989 .But the government categorically stated that a general amnesty was ruled out. Obviously, the government considered the Tamil separatist militant movement led by the LTTE as being more dangerous than the Sinhalese Marxist revolutionary movement of the JVP.

Then, the Tamil Cabinet minister of National Dialogue, Mano Ganeshan, suggested that the detainees  be sent for a year’s rehabilitation and then released just as  12,000 LTTE cadres who had surrendered to the government after Eelam War IV ended in May 2009 were. But to be sent for rehabilitation, the prisoners had to first admit that they were LTTE operatives.

Ninety nine detainees gave a letter saying that they will plead guilty, and asked that they be given a light sentence, and then sent for rehabilitation and release.

But Sumanthiran told the detainees that it would be wrong to plead guilty of terrorism when they were political prisoners and when charges had not been filed against some of them. He pointed out that the TNA considered the “rehabilitation” process to be arbitrary detention and challenged it in court. However, the prisoners said that they were prepared to do anything to get out of jail and insisted on submitting the letter.

Later, on the advice of their attorney, 17 of them retracted in court saying that they were forced to sign the letter. Following this, the Attorney General gave up the idea of getting them to go for rehabilitation and release, Sumanthiran recalled.

However, subsequently, the 17 prisoners changed their mind and told Sumanthiran that they are ready to give another letter saying that they would go through the necessary process to qualify for rehabilitation. Sumanthiran conveyed this to the Attorney General who promised to act on it. Some detainees may be released in the next couple of months ,the MP said.