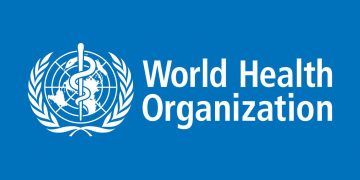 Colombo, March 12 (newsin.asia) – The World Health Organisation (WHO) in Sri Lanka, on Monday said there was no medication or ‘pills’ currently known or available that can permanently make a human being sterile, clearing recent accusations that sterilization pills were used in an eatery in Ampara, in eastern Sri Lanka.

Current UN Resident Coordinator a.i. and WHO Representative in Sri Lanka, Dr. Razia Pendse, said, “There is no medication or ‘pills’ currently known or available that can permanently make a human being sterile. The information on use of an ‘infertility pill’ or ‘sterilization pill’ mixed with food is baseless with no scientific evidence.”

At least five people were wounded and several shops and a mosque damaged in a clash between majority Sinhalese Buddhists and minority Muslims in eastern Sri Lanka, last month over accusations that a Muslim shop was mixing sterilization pills in its food to make customers infertile.

The Muslim Council of Sri Lanka (MCSL), an umbrella body that includes most Muslim organizations in the country, had condemned the attack and requested the government to conduct an impartial inquiry into it and arrest the perpetrators.

Following an extensive probe, a government analyst report revealed that the particles found in the food at the eatery were clumps of flour.

“The need to ensure increased access to accurate reproductive health information, especially among youth, is so apparent. Wrong information on reproductive health is being used to ignite hatred and create tensions between ethnic communities. This should not and cannot happen,” UNFPA Representative in Sri Lanka, Ritsu Nacken, said.

WHO and UNFPA are two UN Resident Agencies within the United Nations System in Sri Lanka, working towards good health and wellbeing of all Sri Lankans.

Together with the United Nations System, WHO and UNFPA urged authorities and all citizens to ensure that action is taken to counter misinformation, and to ensure that the rule of law is upheld, human rights are protected, and security and safety is ensured for all.