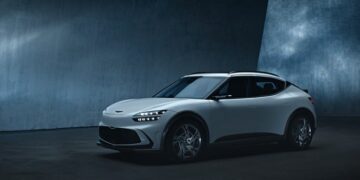 Who is afraid of protectionism?

Who is afraid of protectionism? Colombo, September 5: Protectionism – the word evokes entirely negative connotations in debates over economic policy in Sri Lanka. Conventional wisdom is that restrictions on imports produce an “inefficient” allocation of resources and “super profits” for domestic monopolies at the expense of consumers.

Seen in historical perspective however, the picture is more complicated.

Describing Adam Smith’s and the British Government’s “cosmopolitan doctrine” of free trade, German economist Friedrich List, writing in 1841, said “It is a very common, clever device that when anyone has attained the summit of greatness, he kicks away the ladder which he has climbed up, in order to deprive others of the means of climbing up after him”.

List pointed out the hypocrisy of Britain, which, “by means of protective duties… has raised her manufacturing power… to such a degree of development that no other nation can sustain free competition with her,” only to turn around and, “preach to other nations the benefits of free trade”.

The French too, were wise to Britain’s machinations, knowing full well how tariffs protected British beer breweries from competition from French wine.

Le Moniteur Industriel, a leading French protectionist paper in the mid-1800s, said Britain , “does not go so far in her devotion to the theories of free trade. From competition that she does not fear, she is willingly faithful (to free trade). But free trade that touches her domestic production is another matter: she will hear none of it.”

Modern UK may be best known for the financial services offered in the city of London, but it is still a global leader in manufacturing of high-tech goods like integrated circuits, engines, robotics, and computers. In the early 1700s however, it was still an exporter of agricultural raw materials (wool) to countries like Netherlands and Belgium which were more advanced in manufacturing.

It was only in 1721, when Robert Walpole became the country’s first de facto Prime Minister, that something resembling what would today be called “industrial policy” – or derisively labelled “protectionism” – was launched. Walpole introduced some of the first import-substitution policies, which helped kick off England’s Industrial Revolution behind a great wall of tariffs.

Britain’s average tariff rate – import tax revenue divided by the total cost of imports – surpassed 30% in the 1830s. Average tariff rates first declined after 1846, when the Corn Laws (a system of tariffs designed to protect English agriculture) were repealed as manufacturers demanded cheaper imported food to push wage costs down. But average tariff rates dipped below 10% only after 1860 and the signing of the Anglo-French free trade agreement.

What is notable in this sequence of events is that reduction of tariffs only followed Britain’s development as a manufacturing power and the acquisition of captive markets (for import of raw materials and export of manufactures) through colonization and unequal treaties. In 1843 the Nanking Treaty opened up the Chinese market, and in 1858 the British Raj was established in India. By the time Britain adopted free trade, it had no real competition to speak of.

While Britain opened up in the 1860s, the US threw up its own great wall of tariffs when Abraham Lincoln became President with the backing of industrialists in the north. Lincoln’s protectionism echoed that of founding father Alexander Hamilton, whose “Report on the Subject of Manufactures” – presented to Congress in 1791 – was arguably the first formal blueprint of a cohesive industrial policy including elements of import-substitution, development banking, and infrastructure and public works development.

Interestingly, it was the slave-holding South that was the strongest lobby for free trade, as cotton planters made a killing exporting to England. They squandered profits on conspicuous consumption of European manufactures and feared US tariffs would provoke England to retaliate. This bears some resemblance to Sri Lanka’s “Planter Raj” that exported tea, rubber and coconut produced by cheap labour, while resisting import-substitution industries.

The US experienced its “Gilded Age” of rapid industrialization, expanding infrastructure, and rising wages between 1870 and 1900, while hiding behind hefty average tariff rates of over 20%. It was only in the aftermath of World War II, when competitors like England, France, Germany, Japan and the Soviet Union were in tatters, did the US begin to liberalize and promote free trade. By the 1950s, the US composed around half of global GDP and had little to worry from external competition.

The Four Asian Tigers of South Korea, Singapore, Taiwan and Hong Kong are often presented as examples of the universal applicability of liberal economic theory. However, the role of protectionism in their early stage of development is either downplayed or erased entirely.

Singapore and Hong Kong adopted forms on import-substitution but opened up owing to the fact that they were entrepot city-states lacking natural resources and an agricultural hinterland. By contrast, Taiwan and South Korea maintained import controls for much longer, thereby developing their agriculture systems and food processing capabilities.

The now world famous Hyundai Motor Company began as a construction company in the 1940s and only attempted automobile manufacturing in the 1960s through partnerships with foreign companies. During its first venture, Hyundai produced a mere 8000 cars in three years. However, in the next 40 years, with protection from external competition (automobile imports were banned until the 1990s), and a heavy dose of subsidies to help compete in the world market, Hyundai out-produced Ford and General Motors to become the third largest automobile company in the world.

This is not to say that import-substitution and tariffs alone produced the Miracle on the Han River. To be sure, a range of other factors including land reform, development banking, export discipline, and stable long-term political leadership played a role. Moreover, protections were not unconditional, and were tied to performance targets, as they should be.

How protectionist is Sri Lanka really?

In 2020, Sri Lanka initiated a range of import controls including a total ban on automobile imports in order to stem foreign currency outflows. This sparked comparison to the period between 1956 and 1977, when deteriorating terms of trade forced subsequent administrations to adopt elements of import-substitution industrialization policies similar to what was done in Britain, the US, and Korea.

While not without problems, a range of new industries emerged during this time, including the manufacture of steel, rubber tires, ceramics, glass, handlooms, radios, bicycles and automobiles. Many private sector companies today are the product of infant industries birthed under the so-called “closed economy” which laid some groundwork for Sri Lankan industrialization.

Sri Lanka began import liberalization after 1977. Today, you can go to any local supermarket and find Canadian wheat, Australian legumes, Indian sugar and onions, Pakistani potatoes, New Zealand milk, and Austrian cheese. Meanwhile, the middle class drive Japanese cars to work in offices equipped with Singaporean computers. Our tastes are quite cosmopolitan indeed, and the economy is more or less “open”.

However, many economists seem to think this isn’t enough, and portray Sri Lanka’s trade policy as that of a fortress of protectionism. How accurate is this? The country with the highest average duty on agricultural products is the high-income Republic of Korea – with an average duty rate over double that of Sri Lanka! Liberal India and Thailand also have agricultural duties higher than Sri Lanka. Malaysia appears to have the lowest average duty, and the only one that is in single digits.

Bangladesh and Pakistan immediately stand out as the two countries with the highest average duty on non-agricultural products. Interestingly, China, India, Vietnam and Thailand, which are generally presented to us as positive examples of liberalization, have higher average duties than Sri Lanka. Only Japan, Korea and Malaysia are more open to non-agricultural goods than Sri Lanka.

Simple average tariffs are not a perfect indicator, and they cannot factor in the possibility that some tariffs may be so high as to discourage imports entirely. However, it is still a useful tool of analysis to provide a ballpark estimate of the relative openness or closeness of an economy to imports.

As the data shows, Sri Lanka is not the hyper-protectionist fortress it is portrayed to be, and indeed many industrializing or industrialized Asian peers, including Korea, Vietnam, India, Bangladesh and Thailand, continue to employ protective tariffs.

The historical experience of developed capitalist economies shows that protectionism in and of itself, is not necessarily a barrier to growth, and in many cases can help spur domestic innovation and structural transformation. To be effective however, import restrictions have to be targeted, stable, and supported by a complementary fiscal, monetary and institutional framework.

(The writer is a Global Macro Research Analyst at Econsult Asia, which is an economic research and management consultancy firm with an alternative development outlook)