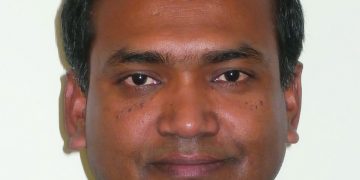 Weaker Commonwealth countries could take massive hits due to Brexit

Weaker Commonwealth countries could take massive hits due to Brexit To avert this disaster, the UK will have to continue to give the EU’s trade concessions to these countries,  the Trade Policy expert says..

“Brexit is a journey into the unknown trading arrangements, both for the UK dealing with the EU, and the UK’s trading relationship with a large number of developing countries. Many have benefited from EU trade preferences,” says Dr Razzaque as Head of the Secretariat’s International Trade Policy Section.

The analysis is part of the Secretariat’s peer reviewed ‘Trade Hot Topics’ series.

The latest papers suggest that the uncertainties caused by Brexit may weaken the chances of world economic recovery. This in turn will have severe implications for many developing and so called Least Developed Countries or LDCs. The EU provides special trade deals to support these vulnerable countries, using often complex mechanisms.

Dr Razzaque warns that if equivalent provisions are not provided while the UK leaves the EU, it could mean additional annual export duties of more than £600 million for these countries.

“For 36 Commonwealth developing countries, this potential tax hike could be as high as one percent of their total exports to the UK,” he said. “For the likes of Bangladesh, Mauritius, Seychelles and Swaziland this could be more than 10 percent.”

“Let’s take Bangladesh as an example,” said Dr Razzaque. “Unless similar EU trade preferences are maintained by the UK, Bangladesh will have to pay £220 million in tariffs to UK customs. That would put even more pressure on the 4 million, mainly women, workers facing already appalling conditions.”

Strong historical ties mean at least 20 Commonwealth developing countries rely on the UK for 10 percent or more in trade. The UK is often a niche market in certain sectors.

Dr Razzaque warns, “More than 80 percent of St Lucia’s exports, mainly bananas, to the EU, is bound for the UK. Remember that the country’s banana industry has witnessed tremendous competitive pressure. Unless it secures the same level of market access provision as in the EU, post-Brexit trading could deal a further blow to the sector.

Similarly, Fiji, a Pacific Island state, sources almost two-thirds of its European export from the UK alone. In 2014, 95% of Fiji’s exports to the UK was raw sugar.”

The Commonwealth’s developing countries export a total of about £25 billion to the UK. A weak pound, following the Brexit referendum, will have resulted in a significant loss in export value for these countries.

“It’s not just trade that Brexit will affect,” Dr Razzaque said. “The impact of a weaker pound will affect overseas aid from the UK. So imagine a 10 percent depreciation of sterling. $20 billion UK aid is only worth $18 billion. Think about how that extra $2 billion could have been spent. We’re talking about here, among other things, the UK’s helping 13.4 million people with emergency food assistance and supporting 11 million children with their education in the past five years.”

But all is not lost. The Secretariat’s policy papers have used scenario analysis to produce four options which could help avoid the most vulnerable countries being put at risk. According to one of the papers, the UK’s commitment to promoting trade-led development has been globally influential. It has always recognized and championed the special needs and challenges facing such vulnerable country groups as the LDCs, sub-Saharan Africa and small states.

“The UK is one of the few high-income countries which fulfills the UN target of providing 0.7% of gross national income as overseas development assistance”, Dr Razzaque points out.

“It’s in this spirit that the UK’s newfound trade policy sovereignty should result in continuity and improvements over the currently existing trade preferences for vulnerable countries.”