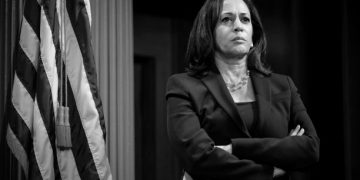 We got a Black woman at last

We got a Black woman at last New York, August 11: Former Vice President Joe Biden announced on Tuesday that he had chosen Senator Kamala Harris of California to be his running mate.

This does not come as a total surprise. Mr. Biden pledged during the primaries that he would select a woman for this position.

Now comes the real, unanswerable question: Is the selection of Ms. Harris, despite her strong credentials, simply symbolic, a token gesture that will change little for Black women? Or does it truly recognize the importance of Black women for Democrats?

There is no denying this country’s political structures were not designed with marginalized groups in mind, least of all those who sit at the intersection of two marginalized communities, as Black women do. Yet their consistent support for the Democratic Party has not come about blindly; they understand the political system and where they believe they have the highest likelihood of realizing political gains for the Black community.

Further, they have never hesitated to critique and challenge the party to do better by its members and what the party stands for.

Ms. Harris herself provided a good example in the primary season, when she challenged Mr. Biden’s record from the 1970s on busing. In 1964, Fannie Lou Hamer famously called out the party for its lack of inclusivity after an all-white Mississippi delegation was sent to the Democratic National Convention. Shirley Chisholm challenged the status quo of the party leadership with her 1972 presidential bid to the dismay of many Democrats.

Ms. Harris has risen to this position through her work in California, as attorney general, and in the Senate. Electorally, her appeal could motivate Black voters because, as one of their own, she offers a political lens that has a greater potential to focus the concerns for Black Americans.