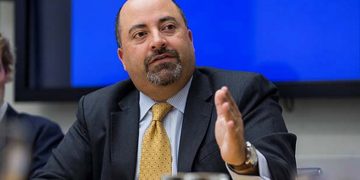 US willing to support Sri Lanka’s vision for unified country

US willing to support Sri Lanka’s vision for unified country Share on WhatsApp
Aug 16 (NIA) – The United States is willing to work with Sri Lanka in rebuilding the island’s economy, advance good governance, and ensure equal rights and equal opportunity for all, a statement quoting a US diplomat said here on Tuesday.
US Ambassador to Colombo, Atul Keshap, said that while Sri Lanka and the United States shared strong ties, the US was ready to support the people and the Sri Lankan government in their shared vision for a reconciled and unified country.
“As Sri Lanka seizes on this golden moment of national reconciliation, we will remain your friend and partner.  The whole world applauds the vision of a strong, unified, democratic, and prosperous Sri Lanka.  We want to join hands with you and your government to help rebuild the economy, advance good governance, and ensure equal rights, equal opportunity, and the full benefits of post-conflict development for all, regardless of ethnicity or religion or gender,” Keshap said.
He added that while in eight months, the United Nations High Commissioner for Human Rights will report on the Sri Lankan government’s progress towards implementing its reconciliation and accountability promises made in Geneva last year, the US will support Sri Lanka’s efforts to meet its commitments made in Geneva.
“And we will help.  This will be difficult but it is necessary, and it is for the good of all Sri Lankans and for the happiness of all of her people,” he said.
Speaking further, Keshap applauded the return of critical debate, free press, and independent civil society in Sri Lanka within the past 19 months and welcomed the establishment in law of an Office of Missing Persons.
The Sri Lankan parliament recently approved the establishment of such an Office to probe the whereabouts of the thousands of people who were missing during and soon after the country’s civil conflict which ended in May 2009.
SendShareTweetShareShare