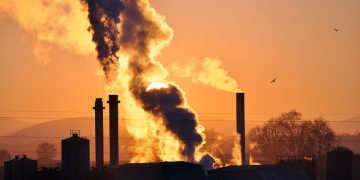 Unlike India and China, US and Russia are insensitive to global warming

Unlike India and China, US and Russia are insensitive to global warming Colombo, September 24: Major industrial powers like the United States and Russia have shown little or no interest in  reducing global warming, while newly emerging countries like India and China and some small ones like Morocco, Gambia and Bangladesh, are taking great strides towards achieving the goals set by the 2015 Paris Agreement on Climate Change.

Under the Paris Agreement signed by 196 countries they had pledged to take steps to limit the increase in global average temperature in this century to well below 2 degrees Celsius (3.6 degrees Fahrenheit) over preindustrial levels. The ultimate goal was to limit that increase to 1.5 degrees C (2.7 degrees F).

In an exhaustive report in the latest edition of the The National Geographic, Kieran Mulvaney writes that despite the Paris Agreement, Global Carbon Emissions increased by 1.7% in 2017 and a further 2.7%  in 2018.

It has been estimated that the rate of increase, in 2019, will be among the highest on record. The last four years have been the hottest on record, with 2019 on track to make it five years, Mulvaney notes.

But analyses suggest that fast action can reduce carbon emissions within 12 years and hold global increases below 2 degrees C and perhaps 1.5 C, he adds hopefully.

But the bad eggs in the world are preventing this from happening. The Trump Administration in the US is hostile  toward climate action. CAT categorizes America’s efforts as “critically insufficient,” and gives it the lowest ranking.

The Trump Administration has attempted to roll back the Clean Power Plan. It has sought to relax vehicle efficiency standards to such an extent that even vehicle manufacturers have objected. Mulvaney points out.  The US has weakened regulations to limit HFC emissions and regulation of methane leaks from oil and gas production.

“The administration has been working to actively censor climate science within its own agencies, and has established a climate change review panel tasked to question the findings of the country’s National Climate Assessment,” Mulvaney says.

The US administration has signaled its intent to withdraw from the Paris Agreement in 2020.

The next in line is Russia. It is the fourth-largest emitter of greenhouse gases, and the only large emitter that has yet to ratify the Paris Agreement (although it has indicated it may do so soon), Mulvaney points out.

Russia has allowed the country’s greenhouse gas emissions to increase by 6 to 24% over the 2016 levels by 2020 and 15 to 22 % by 2030. President Putin has explicitly opposed the complete abandonment of nuclear or hydrocarbon energy.

Saudi Arabia appears to be going backward in its efforts to reduce greenhouse gas emissions. The government’s 2016 “ Vision for 2030” strategy had called for the country’s energy industry to diversify from oil dependence. But Saudi Arabia announced in December 2017 that it would slow down subsidies for phasing out oil dependence.

In March 2018 Saudi Arabia and the SoftBank Group signed a memorandum of understanding to build a 200 GW solar plant, the largest single solar project worldwide. But by December of that year, the project was cancelled.

CAT estimates that present plans are likely to result in an increase in emissions by as much as 80% on 2015 levels by 2030.

The Saudi Kingdom also maintains a get-out clause for its Paris targets if it decides the agreement places an “abnormal burden” on the economy by reducing its income from fossil fuels.

Turkey is one of only two G20 countries not to have ratified the Paris Agreement. It is seeking to achieve energy self-sufficiency through a massive expansion in coal-fired power plants. 80 new plants are in the pipeline.

However, the government has committed to investing almost US$ 11 billion in energy   efficiency measures. CAT notes that if most other countries follow Turkey’s approach, global warming will exceed 3 to 4 degrees C (5.4 to 7.2 degrees F).

In contrast India has emerged as a global leader in renewable energy, and in fact it is investing more in them than it is in fossil fuels,CAT finds.

Having established a goal of generating 40% of its power through renewables by 2030, its progress has been so rapid that it could easily reach that target a decade early, so there is every opportunity for India to increase that target.

CAT calculates that India’s plan is compatible with a 2 degree C increase, but that its National Energy Plan could set a target of 1.5 degrees C if it abandons plans to build new coal fired power plants.

China is en route to meeting its Paris targets. But its targets are woefully inadequate, not ambitious enough to limit warming to below 2 degrees C, let alone to 1.5 C as required under the Paris Agreement.

China’s CO2 emissions, already the largest in the world, grew by 2.3% in 2018. In fact, China’s greenhouse gas emissions are projected to rise until at least 2030, or even a decade earlier.

But the encouraging part of the China story is that Beijing has heavily subsidized the manufacture of electric cars and has sought to reduce the number of gasoline-powered cars on the road.

In 2018, Chinese consumers bought 1.1 million electric vehicles, more than the rest of the world combined. China is the largest manufacturer of solar technology in the world. But it is also the largest consumer of coal, and is financing the construction of coal-fired power plants around the world.

Bangladesh, which has been heavily disaster-prone, partly due to its geographical location and partly due to man’s destructive development activities, is straining every nerve to mitigate climate-change damage by adapting to the change.

The government has developed a very efficient disaster warning system, based on community participation and efficient wireless communication. And government  has built a multitude of cyclone shelters for both humans and animals.

In addition, there is an active re-forestation program involving the common man.  According to a report in Prothom Alo daily,  students of Bagha and Charghat Upazilas in Rajshahi district on Monday planted more than 100,000 trees purchased with their lunch money to mark  ‘World Ozone Day’.

Bagha upazila’s youth activist Zubayer Al Mahmud had initiated the movement ‘Plant tree with lunch money savings’ in 2015. In the past five years, thousands of students across the country from 750 schools had joined the movement.

“Earlier, trees were planted in a scattered manner. This time they were done in a coordinated manner on World Ozone Day. I think if 50 million students of the country plant trees at a specific time of a year, Bangladesh will turn into a green belt soon,” Mahmud said.

Addressing the programme, upazila chairman Fakhrul Islam told the kids: “Take care of the trees as if they are growing up with you.”