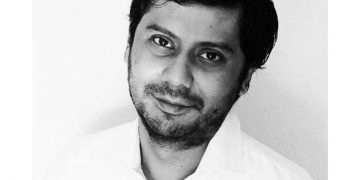 The decision was made by Interior Minister Chaudhry Nisar Ali Khan after a meeting with representatives of journalists and editors’ organization here.

Almeida’s story, “Act against militants or face international isolation, civilians tell military” described what transpired in a high-level meeting in which the civil leadership allegedly criticized the military’s policies on militancy.

Talking to the delegation, Chaudhry Nisar said unverified and speculative news items on national security issues must be avoided.

“Reiterating full support to freedom of press and independence of media and as a good-will gesture, the interior minister ordered removal of the name of journalist from the ECL,” said an Interior Ministry statement.

“Removal of name of the journalist would in no way affect the ongoing inquiry into the matter and the inquiry would continue to its logical conclusion.”

The interior minister on Thursday had said the decision to put Cyril’s name on ECL was taken during a high-level security meeting.

“It was decided that this was an attempt to hit our security paradigm in reference to a sensitive security meeting. There should be an investigation into the incident,” he said.

Two days after Cyril Almeida’s name was put on Exit Control List (ECL), Interior Minister Chaudhry Nisar has said the senior journalist was put on the no-fly list as he was planning to leave the country while an inquiry had been ordered to investigate his news story.

“Everything regarding Cyril’s case should come to the fore and I don’t have any reservations about it,” Nisar said, while responding to a journalist’s question during a presser in Islamabad.

“I have invited the representatives of the CPNE and APNS ( organizations of scribes and editors) to Islamabad and will talk at length on this issue with them,” he added.

The country’s security czar lamented that the narrative of Pakistan enemies regarding the non-state actors was published in the article “ though all participants in the meeting denied any such happenings”.

“When the journalist himself admitted in his report that all the civilian participants of the meeting denied the happenings how come the story was published,” Nisar asked.

Claiming the news story was inaccurate, the minister said whoever leaked the information should be held accountable.

“The journalist’s name was only put on ECL for inquiry and I am sure he won’t face any issues,” Nisar said.

“I agree with the APNS that the issue should have ended with the publication of government’s rebuttal but the journalist again tweeted and said “I stand by each word of my story”.

His employer Dawn also said that it would stand by Almeida’s story.

Pakistani newspapers wrote stinging editorials on the persecution of the journalist.  Condemning the government’s action against Almeida, Express Tribune said:

“There were many ways for the government to handle the front page report published in the Dawn by the well-respected journalist Cyril Almeida. Sadly, it chose the worst possible option. Now it must pay the cost. No representative government in this day and age can put a journalist on the Exit Control List for his writings and not have its dignity shredded through ridicule, scorn and sheer contempt.

The report described what transpired in a high level meeting in which the civil leadership criticized the military’s policies on militancy. The story was based on anonymous sources which is not a rarity in journalism. Such stories require greater editorial vetting, fact checking and source-verification. Once the story is cleared for publication, and that too on the front page, it bears the stamp of the authority of the Editor.

What is deeply troubling is the government’s ludicrous decision to place Mr. Almeida on the ECL. This is nothing but a brazen attempt to harass and intimidate a journalist and threaten not just his organization but the media as a whole. It turns out however that the government is incompetent even in its bullying, which is evidenced by the damage it has managed to wreak on its own democratic credibility.

It is shocking that after all these years in power, this government displays such scant understanding of media freedom. This raises some very disturbing questions about the capacity of the government to shape Pakistan into a modern, progressive and truly democratic society.

Let it be known to one and all in the government that the media stands united in support of Mr. Almeida and journalists’ right to write. We demand that the authorities remove Mr. Almeida’s name from the ECL immediately and desist from taking any other ill-advised step against the media.”

The Council of Pakistan Newspaper Editors (CPNE) on Tuesday condemned the government’s decision to place a senior Dawnjournalist’s name on the Exit Control List and have demanded that the move be reversed.

CPNE president Zia Shahid and its secretary general Aijazul Haq demanded that the government withdraw its decision of putting the name of Dawn staffer, Cyril Almeida on the ECL. In a joint statement, they said that CPNE, being the representative organisation of newspaper editors of Pakistan, is of the view that the Constitution guarantees freedom of expression.

“The Prime Minister House and the Chief Minister House Punjab have refuted the story and the same was published by all newspapers, including Dawn. Despite that, if the government feels the said story is fabricated, it reserves the right to take legal action,” it said.

However, only the competent court of law can decide if the stance of the government or that of the newspaper is right, the statement further said.  All Pakistan Newspaper Society (APNS) too condemned the government’s decision.

APNS President Sarmad Ali, and APNS Secretary General of Umer Mujib Shami, condemned the move in a joint statement saying that it was disturbing to see a democratic government reacting in an arbitrary manner and opting to “shoot the messenger”.

Amnesty International also issued a statement that it is one thing for the authorities to dispute and contradict a media report but is quite another to threaten a journalist.

The group´s director of global issues Audrey Gaughran, called on the premier to “remember his promise” to improve conditions for journalists.  The Human Rights Commission of Pakistan stressed that the ban will cause distress to all those, at home and abroad, who believe in the freedom of expression.