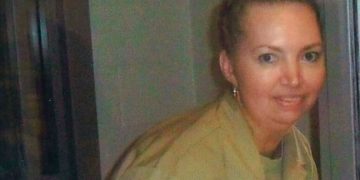 Trump Administration executes woman for the first time in 70 years

Trump Administration executes woman for the first time in 70 years Ms. Montgomery, 52n pleas to spare her life, Ms. Montgomery’s supporters argued that a history of trauma and sexual abuse that marred her life contributed to the circumstances that led to the crime. Her case, unusual in part because so few women are sentenced to death, ignited debate over the role of offenders’ past trauma in criminal sentencing.

Despite a series of court orders that briefly blocked her execution, she was pronounced dead at 1:31 a.m. at the federal prison complex in Terre Haute, Ind., the Bureau of Prisons said in a statement. Her death, by lethal injection, is the 11th execution since the Trump administration resumed use of federal capital punishment in July after a 17-year hiatus.

Under a pseudonym, Ms. Montgomery — who had falsely told others that she was pregnant — expressed interest in buying a dog from Bobbie Jo Stinnett, a rat terrier breeder in Skidmore, Mo. But after she arrived at Ms. Stinnett’s house, Ms. Montgomery strangled her, used a knife to cut her abdomen and extracted the fetus, then claimed the child as her own.

The baby girl lived and turned 16 last month on the anniversary of her mother’s death. At least some of those close to Ms. Stinnett or the case said Ms. Montgomery’s execution was a just conclusion to a crime that had haunted the northwest Missouri community for years.

Richard Chaney, 38, a childhood friend and classmate of Ms. Stinnett’s, recalled biking to the local gas station with her, describing how in high school she had a “huge crush” on the man who would later become her husband.

Mr. Chaney rejected the idea that the abuse suffered by Ms. Montgomery should have led to her life being spared, saying many people endured trauma without committing heinous crimes. “You don’t see them out killing pregnant women and cutting babies out,” he said.

“I get, you know, people like, ‘Death penalty’s wrong,’ but at what point do you excuse something like this?” he asked, several days before Ms. Montgomery was put to death. “I think, you know, it’s not right always to say an eye for an eye, but I think the community’s hurt enough that it would definitely help with some closure.”

Still, Ms. Montgomery’s lawyers cited the repeated physical and sexual abuse she endured as a child in pleas for leniency, arguing that President Trump would affirm the experiences of abuse survivors by commuting her sentence to life imprisonment. Her mother forced her to “pay the bills” through sexual acts with various repairmen, and her stepfather regularly subjected her to sexual abuse, a clinical psychologist said in a court declaration filed by her defense team.

Women are scarce on death row in the United States. According to a quarterly report from the NAACP Legal Defense and Educational Fund, just 2 percent of those inmates on death row are women. With Ms. Montgomery’s execution, there are now no women on federal death row.

The last women to be executed by the federal government were Bonnie Brown Heady for kidnapping and murder and Ethel Rosenberg for espionage, both in 1953.

Ms. Montgomery’s execution was originally scheduled for last month. But after two of her lawyers contracted the coronavirus, a judge delayed it, and the Justice Department rescheduled.

In her final days, Ms. Montgomery found some fleeting reprieve in the courts. Her lawyers had claimed that she was incompetent for execution, citing mental illness, neurological impairment and complex trauma. A federal judge in Indiana issued a stay on Monday night so that the court could conduct a hearing to determine her competency. But a panel on the Seventh Circuit Court of Appeals vacated that stay on Tuesday, writing that Ms. Montgomery’s claim could have been brought earlier. The judges also cited Supreme Court precedent, which emphasizes that last-minute stays of execution “should be the extreme exception, not the norm.”

Still, other court orders continued to block her execution well after the Bureau of Prisons’ tentatively scheduled execution time of 6 p.m. The U.S. Court of Appeals for the District of Columbia Circuit issued a separate stay so that the court could hear her claim related to the Federal Death Penalty Act, and the Eighth Circuit Court of Appeals issued its own stay.

But the Supreme Court cleared the way for the execution to proceed, as it has done with the previous 10 inmates executed by the Trump administration. On Monday, the court overturned both stays, the remaining barriers to her execution, and rejected each of Ms. Montgomery’s requests for reprieve.

In a lengthy statement, Ms. Montgomery’s longtime lawyer Kelley Henry maintained that the government violated the law by executing her client, who suffered from “debilitating mental disease.” Beyond the crime for which she expressed remorse and the abuse she endured, Ms. Henry said, Ms. Montgomery was a Christian who adored her family.

Ms. Henry ,who tested positive for the coronavirus shortly after visiting Ms. Montgomery — also contended that the executions themselves, what she called “superspreader events,” demonstrated the administration’s “reckless disregard for human life of innocent citizens.”

“Because this administration was so afraid that the next one might choose life over death, they put the lives and health of U.S. citizens in grave danger,” she said, in part. “We should recognize Lisa Montgomery’s execution for what it was: the vicious, unlawful and unnecessary exercise of authoritarian power. We cannot let this happen again.”

Two more federal inmates are scheduled for execution this week: Corey Johnson on Thursday and Dustin J. Higgs on Friday. A federal judge in the District of Columbia blocked their executions in a preliminary injunction on Tuesday that the government has already appealed.

If the prisoners do not succeed in their pleas for delays or clemency, their deaths could be the last federal executions for some time. President-elect Joseph R. Biden Jr., whose inauguration is set for Jan. 20, has signaled his opposition to the federal death penalty.