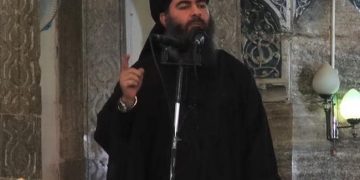 by Editor
in Around South Asia, Around The World, Recommend, Sri Lanka
Reading Time: 5 mins read
3 0 Last Tuesday, the Islamic State (IS) finally claimed responsibility for a string of suicide terrorist attacks on Easter Sunday in Sri Lanka’s churches and hotels resulting in 253 dead and hundreds injured.

The statement issued by the group’s news agency, Amaq, said attacks were carried out by ‘Islamic State fighters’ who targeted Christians and citizens of counties belonging to the coalition of forces fighting the Islamic State.

The statement, however, did not clarify whether these ‘fighters’ were their sleeper cells directly commanded by them or were just inspired by their radical propagations which makes matters far more complicated. After all, the name of National Tawheed Jamaat (NTJ) had been in the forefront and all suicide bombers and over the forty people arrested so far are all believed to be of Sri Lankan origin.

However, the style, and scale as also the sites chosen to deliver such enormous destruction remain unprecedented. They defy any imagination that these were triggered by any local grievances against any community or even the Sri Lankan state.

These clearly allude to global dimensions where Sri Lanka itself becomes the victim of collateral damage in this unfolding clash of civilizations.

The Sri Lankan state can be blamed for having ignored early warnings and intelligence that were apparently available to relevant agencies gloating over their past glory of having eliminated terrorism in 2009. The fact that most of these local suicide bombers may have had help from abroad does not wash this glaring, even if singular, slip.

As Sri Lanka’s State Minister for Defence Ruwan Wijewardene told an emergency session of parliament, the very initial investigations believed this to be their retaliation for the killing of 50 people last month in a Christchurch mosque in New Zealand. In hindsight, there were ample warnings of this possibility.

Second, other than such singular lapse by state agencies these attacks also reveal much deeper unintended and unavoidable vulnerabilities that do not portend security for our hapless masses.

What the series of simultaneous suicide attacks tell us is that a local community or State need not be the reason for igniting such violent impulses and yet end up being the target of terrorists.

These also tell us how eliminating of the Islamic State from Iraq and Syria (ISIS) does not mean end of Salafi-Jihadi theology that continue to explore new sanctuaries and targets to strike to sustain their visibility and efficacy.

Their potency and proficiency in germinating brutality puts Al Qaeda to shame. It has even moved beyond any need for a safe sanctuary. Therefore, no single State, how so ever powerful, can feel secure against this monstrosity of twenty-first century.

Third, this new genre of terrorism knows no moral or physical boundaries. It also has no military solutions which have been the last resort in such existential crises. Military solutions can at best provide a pause to allow other strategies to intervene to seek long term relief and reassurance of relatively greater respite.

These terrorist attacks, therefore, underline the urgency of exploring, streamlining and strengthening various multinational regional mechanisms to contain and counter this menace with focus on innovative strategies that maximize and multiply vantages of a nation-state by promoting complementarities.

This requires a far greater focus on prevention and preemption using secure channels of communication for information and intelligence sharing on a regular basis, and efficient data crunching to produce actionable analysis and political commitment to burden sharing.

Fourth, this new genre of terrorism is no longer limited to being organized around old-fashioned political ideologies, movement or organizations with an identifiable chain of command, seeking emancipation for those disempowered.

So, old tried and tested strategies may no longer be effective. These are often self-radicalized ‘lone wolfs’ because of their backgrounds, their conditions or isolation often reflected in domestic violence, mental illness or petty crimes requiring vigilance and early help.

For instance, one of the suicide bombers had earlier been arrested for defacing Buddhist shrines.  The new breed of mutually unconnected sleeper cells or radicalized individuals do not easily respond to traditional methods of containing or countering.  This is because these are not the poor and the deprived but are often resourceful, skilful and educated.

Their internships and re-education is not just an uphill task but often counterproductive.

Fifth, given their global access and appeal, it will also be wrong to view this new genre of terrorism as limited to one region or one community though, in this case, the Caliphate may reflect rootedness to some degree.

But their lone wolf operations, brutal methods like driving a truck into crowds or their addressing a global audience using social media can be traced to the American Ku Klux Klan of the 1980s.

Today, the Islamic State is clearly igniting and encouraging, even inspiring similar impulses and tactics in several other countries thereby radicalizing other communities.

The challenge is in insulating our citizens, especially youth, by being sensitive to early signs of the onset of such tendencies as also plugging loopholes that allow such a deviant drift to be celebrated.

Way back in 1987 — much before terrorism became such a global menace – the South Asian Association for Regional Cooperation adopted a Regional Convention on the Suppression of Terrorism. But the issue of terrorism has since come to be a  bone of contention between India and Pakistan which has undermined any possibility of building and updating regional responses.

After Nepal’s ratification last August, Bhutan is the only one left to ratify the BIMSTEC Convention on Cooperation in Combating International Terrorism, Transnational Organized Crime and Illicit Drug Trafficking.

India has also been pushing for the early signing of their Convention on Mutual Legal Assistance in Criminal Matters that will allow measures to locate, freeze and forfeit or confiscate any funds meant for criminal acts in the territory of member nations.

Shockers like suicide terrorist attacks last Sunday are a wake up call for South Asia to put aside their bilateral irritants. Terrorism in Sri Lanka is not far away from the rest of its neighbors. The blood-thirsty perpetrators will have no qualms about hitting new targets based on what can have high visibility.

Terrorism remains fluid and invisible and this places severe limits on State law and order agencies that have been traditionally responsible for national security. Now is the need to look beyond the State — both inside and outside — as also to explore out of box strategies for ensuring the safety and security of our increasingly intertwined and interdependent nations.

(The author is Professor of Diplomacy and Disarmament at Jawaharlal Nehru University, New Delhi)