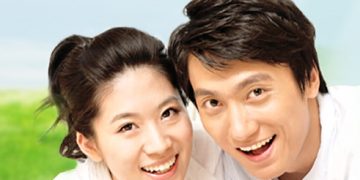 To help women over 30 get male partners, Chinese companies give “dating leave”

To help women over 30 get male partners, Chinese companies give “dating leave” Beijing, January 25 (SCMP/The Telegraph): In an effort to break the stigma behind being labeled ‘leftover women’, two Chinese companies have decided to give ‘dating leaves’ to their female employees over the age of 30.

As China is all set to welcome the Lunar New Year, two companies behind a Song Dynasty-themed tourist attraction in eastern China are giving extra time off to their single women to “go home and date”, South China Morning Post reported.

Hangzhou Songcheng Performance and Hangzhou Songcheng Tourism Management in a notice informed that the unmarried women in “non-frontline” roles would be granted an extra eight days of leaves on top of the traditional seven-day break to seek love.

While many may have differing opinions on their decision, the idea has some basis in the traditional context of China.

China’s single women over 30 years of age have for long faced stigma, as they are often seen as ‘less desirable’ to men due to their age and dubbed as ‘leftover women’ or shengnu. China’s marriage rate has also fallen every year since 2013, according to the Ministry of Civil Affairs, leaving roughly 200 million single adults in the world’s second-largest economy, The Telegraph reported.

“Women employees mostly work in internal functional departments and some are show performers … some female staff have less contact with the outside world. Therefore, we hope to give more leave to female staff, to give them more time and opportunities to be in contact with the opposite sex,” Hangzhou Songcheng Performance human resources manager Huang Lei told online news outlet Zhejiang Online, adding the employees were happy about the decision.

In a similar vein, a high school in Hangzhou roped in a new policy to give single, stressed-out teachers an additional two days off every month of “love leave” provided it does not interfere with teaching duties.
SendShare20Tweet1ShareShare