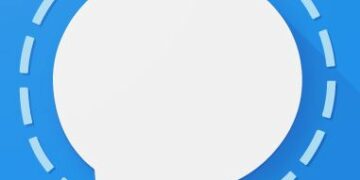 Tech Tips: Signal lets users create groups with up to 1000 members, here is how to create one

Tech Tips: Signal lets users create groups with up to 1000 members, here is how to create one February 23 – Signal the private messaging app, like many features on WhatsApp, lets users create groups on the platform. Signal features New Groups that give users access to admins controls, mentions, and group updates. Signal also has legacy groups or regular that work without an admin and does not have admin controls like mentioning a particular group member or removing members of a group, since users from a legacy group do not have an updated beta version. However, it lets users add members to the group.

A New Group is only available for Signal contacts who have updated Signal on all their devices. Signal Desktop does not support the creation of new groups. However, Signal Desktop supports receiving messages from new and legacy groups. There are three group types for Signal Android users — a new group, a legacy group, and an insecure MMS group. The chats in the MMS groups are not private, charge users, and can add only up to 10 members.

Now, a new group on Signal functions much like how a group functions on WhatsApp and Telegram and lets users send messages over WiFi or cellular data, allows users to invite via a group link or QR code, mention others in the group, lets admins choose who can edit group members, info or modify disappearing message timers, admins are also members. Here is how to create a new group on Signal.

For Android and iOS users:

— Tap next to see the group type.

Signal notes to remove a contact name, users have to tap on it.

— Select and insert a Group name.

— New Group and Legacy group will appear in your chat list and the chat list for group members.

— A member may need to accept the message request or invitation before they can message in the group.

Users can also migrate entire groups from other messaging apps to Signal. Here is how a user can move his group chats from WhatsApp, or any other messenger app, for that matter to Signal.

— Create a group on Signal.

— Tap into group settings and tap on “Group link.”

— Turn the toggle on for the group link and tap on Share.

The messenger app which goes big on privacy further commented on the safety of link sharing to migrate groups.
Once the group is formed, users can:

— Tap on Share to forward the link to users they want to move.

— Turn the toggle on or off to approve new members in a group using the share link.

— Reset link to change the link if users feel it has been over-shared.