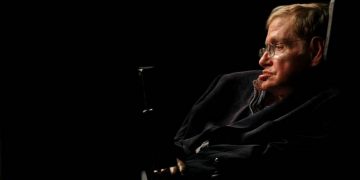 “Earth is becoming too small and humanity is bound to self-destruct, with AI replacing us as the dominant being on the planet,” he told wired.com in November 2017.

“I fear that AI may replace humans altogether. If people design computer viruses, someone will design AI that improves and replicates itself. This will be a new form of life that outperforms humans,” Hawking said.

The theoretical physicist kept on saying in the past that that developments in AI have been so great that the machines will one day be more dominant than human beings.

He noted that a new space program should be humanity’s top priority “with a view to eventually colonizsing suitable planets for human habitation”.

“I believe we have reached the point of no return. Our earth is becoming too small for us, global population is increasing at an alarming rate and we are in danger of self-destructing,” Hawking warned. In 2016, at the opening of Cambridge University’s AI centre, Professor Hawking said that AI could either be the best or worst invention humanity has ever made.

Earlier in March, the renowned British physicist said there was nothing around before the Big Bang.
Speaking during a TV talk show ‘Star Talk’ on National Geographic Channel, Hawking propounded his theory on what happened before the universe came into existence.

Hawking’s theory lies upon the assumption that the universe has no boundaries. During the show, Hawking argued that before the Big Bang, real ordinary time was replaced by imaginary time and was in a bent form.

“It was always reaching closer to nothing but didn’t become nothing,” he said. Further, Hawking drew an analogy between the distorted time with Ancient Greek philosopher Euclid’s theory of space-time, a closed surface without end. Taking the example of Earth, he said: “One can regard imaginary and real-time beginning at the South Pole. There is nothing south of the South Pole, so there was nothing around before the Big Bang.”

“There was never a Big Bang that produced something from nothing. It just seemed that way from mankind’s perspective,” Hawking said, hinting that a lot of what we believe is derived from a human-centric perspective, which might limit the scope of human knowledge of the world.

(The featured image at the top shows Stephen Hawking)