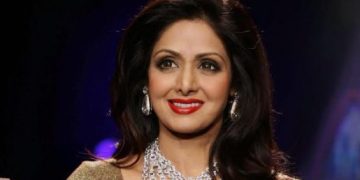 Mumbai, Feb 28 (BBC) – The funeral procession of Bollywood star Sridevi Kapoor, who died in Dubai on Saturday, has begun in the Indian city of Mumbai.

Her body, which is being carried in a specially decorated truck, will travel 7 km (4.3 miles) to the cemetery.

Earlier, thousands of fans clutching roses and pictures of the star queued patiently at the Celebration Sports Club to pay their final respects.

Sridevi’s body was flown back to India on Tuesday night.

The actress, 54, died “due to accidental drowning following loss of consciousness”, police said. She was found in a hotel bathtub.

She will receive a state funeral.

Known simply as Sridevi, the actress was considered one of the very few Indian female superstars capable of huge box-office success without the support of a male hero. She appeared in nearly 300 films over five decades.

Actresses Aishwarya Rai and Kajol were among the mourners at the club in the Andheri West area of Mumbai, home to Bollywood.

“It’s a shock to believe that she is no more. We want to pay her one last visit today and thank her for all her wonderful performances,” Nandini Rao, a 32-year-old teacher, told AFP news agency.

One fan, Kuldip Singh, said he felt “terrible” after the death of his favourite actress.

“I’m an avid Sridevi fan. I loved her smiling personality. She had such a commanding presence in the Indian film industry. Her death was so sudden,” he said.

Large numbers of police have been deployed outside the star’s house, on the procession route and outside the Vile Parle Seva Samaj crematorium where the body will be taken.

It had earlier been reported that Sridevi died of cardiac arrest while at a family wedding in Dubai.

The full post-mortem report has not yet been released to the public and will be expected to explain how the original report of cardiac arrest and the listing of “accidental drowning” are linked.

The actress had been in the United Arab Emirates to attend the wedding of her nephew, Mohit Marwah.