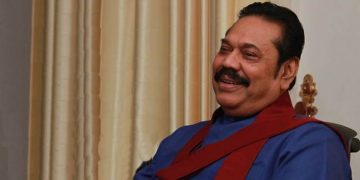 Colombo, Dec 12 (newsin.asia) – Sri Lanka’s Supreme Court, on Wednesday re-fixed for Friday, a petition filed by challenged Prime Minister Mahinda Rajapaksa over an interim order which temporarily suspended him and his cabinet from functioning as a government, local media reports said.

Rajapaksa, on Dec 4 had filed a petition in the Supreme Court after the Court of Appeal on Dec 3, issued an interim stay order temporarily suspending him and 49 others from the Sri Lanka Podujana Peramuna and United People’s Freedom Alliance from functioning as the government.

Rajapaksa said he and his party did not agree with the interim stay order issued by the Court of Appeal and emphasized that the interpretation of the Constitution, and making final determinations in that regard, was exclusively vested in the Supreme Court.

The Court of Appeal issued its order after 122 parliamentarians filed a petition challenging Rajapaksa and his government from holding office after they were defeated in two no confidence motions in Parliament.

The Court of Appeal, earlier Wednesday, will hear the case where Mahinda Rajapaksa has been asked to justify how he was in office as Prime Minister on January 16, his lawyers said.

Sri Lanka has been embroiled in a severe political turmoil, when on Oct 26, President Maithripala Sirisena surprisingly sacked his cabinet and Prime Minister Ranil Wickremesinghe and appointed former president Mahinda Rajapaksa to the post and appointed a new caretaker government.

The UNP have alleged that the appointment was unconstitutional and have claimed that Rajapaksa’s government lacked the majority in Parliament.

Since his appointment in Oct, Rajapaksa and his government have faced two no confidence motions, which Speaker of Parliament, Karu Jayasuriya said had been passed with a majority votes.