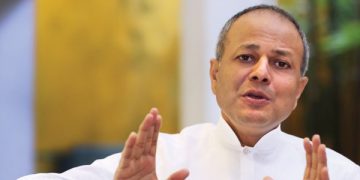 Sri Lanka’s Police Minister assures thorough probe on killings of youth in north, then walks out

Sri Lanka’s Police Minister assures thorough probe on killings of youth in north, then walks out Colombo, Oct 26 (NIA) – Sri Lanka’s Law and Order Minister, Sagala Ratnayake, on Wednesday reiterated that the government would hold a thorough and transparent probe into the killings of two youth in the former war torn north last week.

Addressing a media briefing, Ratnayaka said that the government “was extremely sorry” over the killings of the students and assured that justice would prevail.

“I want to assure you that the inquiry will be very transparent. The government is very sorry about this situation not only because of the loss of lives of two youth, but also because the whole country was dedicated towards ethnic harmony,” Ratnayake said.

“The President, Prime Minister, the opposition Tamil National Alliance, civil society, parliamentarians and the civilians helped us to bring this situation under control or else the place (north) could have been on fire,” he added.

Ratnayake further revealed that there had been a bicycle gang operating in the north, especially in Jaffna, and the police had been on the alert for many months.

He said many arrests had been made and the gang was still active which is why the police remained vigilant.

However, when questioned by a journalist whether there was any involvement of military intelligence officers with the biker gangs, Ratnayake walked out of the media briefing abruptly, without divulging any further details.

Ratnayaka had told parliament on Tuesday, that a sword gang named ‘AAVA’ had been operating in the north and last week’s shooting incident allegedly by the police which led to the killings of the two students, occurred when police officers were looking for ‘AAVA’ sword gang members.