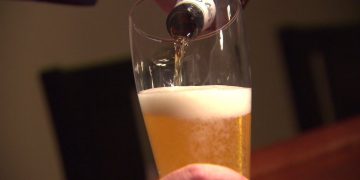 Colombo, Jan 11 (newsin.asia) – Sri Lankan women, on Thursday expressed amusement and surprise at a government decision to lift a ban on liquor sales for women, stating that they were unaware that such a law existed.

Women took to social media after the government announcement on Wednesday, saying that they had been breaking the law for years as no one was aware such a law was ever in place since the 1950s.

“Was this even a law? If so why was I being sold alcohol all these years?” one twitter user said on Thursday.

“Did they have a restriction for women earlier? I did’nt see it at all,” another twitter user said.

“I’ve bought liquor from wine stores had no trouble! They just wrapped the beer in a paper and gave it (completely unnecessary),” said another.

One amused male tweeted, “Y’all had been breaking the rule – by God u were lucky gals I tell you.”

On Wednesday, the Ministry of Finance and Mass Media, announced that it had lifted the ban on selling alcohol to women and prohibiting women from working in places where alcohol is manufactured or sold.

“Amended the schedule in the Excise Notification no.666 of the Gazette Extraordinary of 1979 to now allow females over 18 years to purchase alcohol legally and also to be employed in licensed premises without prior approval from Excise Commissioner,” Samaraweera said.

According to a Sri Lankan law passed in the early 1950s, any alcoholic drink, including wine, could not be sold to women and women were not allowed to work in any alcoholic manufacturing outlets or retail stores.

Under the new law, women will no longer require the approval of the state’s excise commissioner in order to work or drink “in licensed premises”, including restaurants.