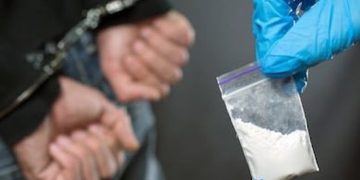 Colombo, July 12 (Xinhua) — The Sri Lankan Navy on Friday intercepted a foreign vessel carrying around 60 kilograms of narcotics, in seas off the Galle Harbor, in the southern part of the island country, the navy said in a statement.

The foreign vessel had nine crew members on board who were taken into custody.

The fishing vessel was detected without a flag or registration markings, and upon further inspection, substances such as heroin were found hidden in the vessel.

The vessel along with its crew members were bought to the Galle Harbor where they were handed over to law enforcement authorities.

The arrested crew members will be interrogated and produced before a local court later Friday.

On Thursday, the navy said they had taken another fishing trawler off the seas of Galle into custody after narcotic samples were found on board.

Four crew members found on the fishing trawler were handed over to the police for further investigations.

Sri Lanka has in recent months launched a severe crackdown on the illegal drug trade with several drug lords and smugglers taken into custody.