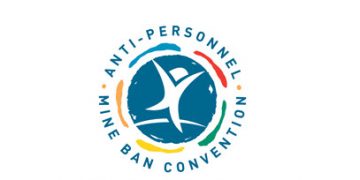 Sri Lanka welcomed at the Anti – Personnel Mine Ban Convention

Sri Lanka welcomed at the Anti – Personnel Mine Ban Convention Colombo, Dec 22 (newsin.asia) – The 16th Meeting of States Parties to the Anti – Personnel Mines Ban Convention welcomed Sri Lanka on Monday 18th December 2017 as the newly joined 163rd State Party to the Convention, following the depositing of the Instrument of Accession on 13th December 2017 in New York.

“We welcome Sri Lanka to this ever growing movement,” said Thomas Hajnoczi Ambassador of Austria and Head of the Department of Disarmament at the Austrian Ministry of Foreign Affairs who is Presiding over the 16th Meeting of States Parties (MSP) to the Convention held in Vienna from 18-21 December 2017. The meeting also coincides with the 20th Anniversary of the signing of the Convention.

Priyannee Wijesekara, Ambassador of Sri Lanka to Austria, who is heading the Sri Lanka delegation to the 16 MSP presented the 16MSP President with a copy of its Instrument of Accession to the Convention during the opening ceremony on Monday.

In her intervention under the General Exchange of views Mrs. Wijesekara said that as a country and people that have faced the harrowing ordeal of the absolute terror and the indiscriminate nature of these weapons, Sri Lanka made mine clearance and mine-risk awareness, priorities with the goal of creating a ‘mine and Explosive Remnants of War free environment’ that would facilitate resettlement and development, long before acceding to this Convention.