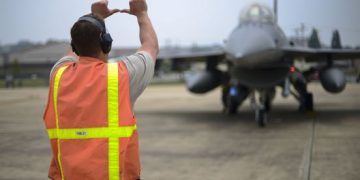 24
SHARES
Share on WhatsApp
Colombo, Feb 18 (newsin.asia) –  The Sri Lankan government will develop an existing domestic airport in Palali, in the former war torn north of the island country into an international airport to spur more tourism and economic benefits into the northern region, Sri Lanka’s Prime Minister, Ranil Wickremesinghe said here on Monday.
Local media reports, quoting Wickremesinghe said that as part of its development plan, the airport runway will be expanded to handle larger passenger air crafts such as the airbus A320 from countries like China, Australia, India, Japan, Middle East and several European countries.
He said initially, temporary buildings near the airport will be used as the arrivals and departures terminal and once the airport attracts a significant amount of traffic, it can construct permanent terminals.
Wickremesinghe said the development of the north was a high priority for the government and an international airport in the Jaffna peninsula would boost the economy in the region.
Minister of Transport and Civil Aviation, Arjuna Ranatunga said the development of the Palali airport will bring unprecedented benefits to the people of the north as it will boost tourism and create business and job opportunities.
Once the Palali Airport is upgraded into an international airport, it will be the third international airport in Sri Lanka.
SendShare23Tweet1ShareShare