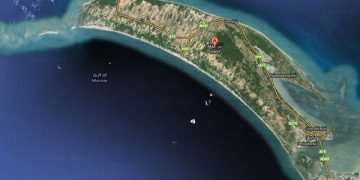 Colombo, April 11 (newsin.asia) – Sri Lanka will call for fresh bids for an oil exploration block off the island’s northwestern coast in May, where traces of natural gas was discovered in 2011, Cabinet Spokesperson Rajitha Senaratne said Wednesday.

Senaratne said that following a proposal by Minister of Petroleum Resources, Arjuna Ranatunga, the cabinet also agreed to enter into agreements with global oil companies for land and offshore exploration work along the Eastern coastal belt

A natural gas field was found for the first time off the coast of Sri Lanka in the Mannar Basin after the previous government signed an agreement with Cairn India Limited, in 2008 to explore for oil and gas off the country’s north-western coast.

However, according to local media reports, Cairn India pulled the plug after two-years of exploration as oil prices plunged.

Sri Lanka produces no oil and is dependent on imports.

Senaratne said with global oil prices rising, the government is keen to revive and fast-track the search for petroleum resources in the island country.
SendShare3Tweet1ShareShare