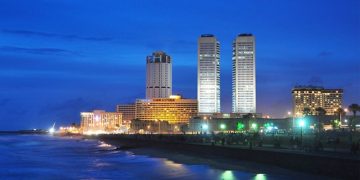 Colombo, Oct 27 (NIA) – Sri Lanka has dropped back one place in the World Bank’s ease of doing business index despite adopting some key reforms, the bank’s rankings for 2017 showed.

“Over the past year Sri Lanka made progress in two reform areas that are covered by the Doing Business report, namely Starting a Business and Protecting Minority Investors,” a World Bank statement said.
“The improvements, while important, were not enough to stop a decline in the country’s overall rank from 109 in 2016 to 110 in 2017.”
According to the World Bank, though the reforms were crucial, Sri Lanka slipping from its 109th position in 2016 shows that other peer economies had undertaken a larger number of reforms during the same period.
The present government had come into power promising a wide array of reforms, most of which are yet to be fully implemented, and the government is citing the length of the democratic process it is attempting to follow as an explanation for the delays
“Simplified processes will reduce the cost of doing business and can help to unleash entrepreneurship, which is needed to boost the economy,” said Idah Pswarayi-Riddihough, World Bank Country Director for Sri Lanka and the Maldives.

“While Sri Lanka has taken positive steps in reforms, much needs to be done to enable the private sector to grow and to provide equal opportunities for all.”
A total of 11 reforms, making it easier to do business, were implemented by five of eight economies in South Asia in the past year, significantly higher than the region’s annual average of nine reforms over the past five years.
Pakistan is among the top 10 global improvers.
Over the past 12 months, it implemented a total of three reforms and saw its ranking progress from 148 to 144.
India, which had also implemented multiple reforms, came up 1 rank to 130.
“In the past five years, Sri Lanka has implemented the highest number of Doing Business reforms in the region, with 12 reforms in total, followed by India with 10,” the World Bank added.
SendShareTweetShareShare