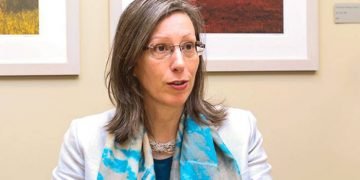 Colombo, August 20 (newsin.asia): Sri Lanka’s Foreign Ministry has said in a statement on Tuesday said that the appointment of the Army Commander of Sri Lanka is a “sovereign decision by the Head of State.”

It further said that foreign entities trying to influence the decisions and internal administrative processes of public service promotions in Sri Lanka are “unwarranted and unacceptable”.

“Articulating a position of concern on this appointment by certain bilateral partners and international organizations, based on allegations, is regrettable and contrary to the principles of natural justice espoused by all responsible members of the international community,” it said.

The US Embassy in Colombo as well as the UN Human Rights High Commissioner had issued statement voicing concern over the appointment of Silva as the Army Commander.

The Delegation of the European Union (EU) issues the following statement in agreement with the Embassies of Germany, Italy, Netherlands, the UK High Commission, the Embassies of Norway and Switzerland.

We fully share the UN High Commissioner for Human Rights Michelle Bachelet’s serious concerns about the appointment of Lieutenant-General Shavendra Silva as Commander of the Sri Lankan Army, given the allegations of grave human rights and humanitarian law violations against him.

The promotion of Lieutenant-General Silva to the post of Army Commander calls into question Sri Lanka’s commitments to the UN Human Rights Council, as recently as March 2019, to ensure justice and accountability. It also undermines Sri Lanka’s efforts towards national reconciliation and sends a worrying message to victims and survivors of the war, the EU said.

(The picture at the top shows Alaina Teplitz, US Ambassador in Si Lanka)