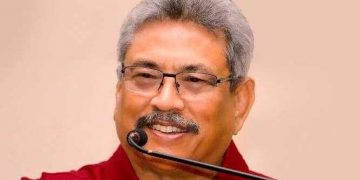 Colombo, Feb.3 (newsin.asia) – Sri Lankan President Gotabaya Rajapaksa has granted a general amnesty for 512 prisoners to mark the Independence Day which fall on 4th of February.

The amnesty has been granted in accordance with powers vested in the President by Article 34 of the Constitution and on the recommendation of Nimal Siripala de Silva, Minister of Justice, Human Rights and Legal Reforms, President Media Division (PMD) announced.

Those who will be released have been serving jail terms after being convicted for minor offences such as theft, breach of trust and drunken driving says PMD.

“No one imprisoned on conviction for major offences such as rape, robbery, grave sexual abuse and soliciting bribe is in the list.” PMD statement says.

The amnesty will apply only to those prisoners who were actually in prison on 31 January this year. The effective date of release is 4th of February.